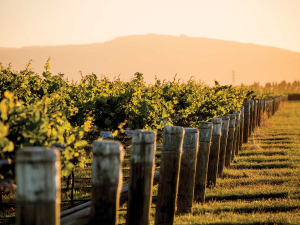 This means changes for the Resource Management Act 1991 (RMA). More recently, the RMA has been colloquially referred to in the news as a 'legislative cockroach', having survived through over a decade of political consensus that is needed drastic reform or repeal.

One of the key reasons touted for its repeal is what the RMA simply does not go far enough to protect the environment.

Late last year, the Government commissioned an independent review of the RMA, resulting in a specialist report, commonly referred to as "the Randerson Report" (for further information, refer to the article Legal Matters - Is this farewell to the Resource Management Act in Winegrower, October/November 2020 issue).

The Randerson Report recommended the RMA to be repealed, and replaced with two new key pieces of legislation:

The new Government has fully committed to implementing the Randerson Report's core recommendations. It aims to introduce and pass the three pieces of legislation noted above before the next election.

Key areas of change to watch out for

In its first term, Labour passed the 'historic' Zero Carbon Act. Labour has committed to taking further steps on Climate Change, including passing new legislation on managed retreat, as above. In addition, it has promised to deliver the following:

There are concerns amongst commentators and the public that Labour's commitments on climate change will not go far enough. Interestingly, not only has Labour entered into Cooperation Agreement with the Greens, but has now appointed Greens co-leader James Shaw as Climate Change Minister. Consequently, we expect to see a greater focus from the Government on climate change. We will have to wait and see how this plays out beyond some of the rhetoric to date.

Labour's resource management policies aim to remove barriers to the supply of land and infrastructure for housing. The new National Policy Statement on Urban Development directs councils to free up their planning rules and enable more homes to be built. Under the new Government, there is no longer a Minister of Urban Development (this was previously Phil Twyford). This portfolio has been replaced by new (expanded) housing portfolios.

Before re-election, Labour proposed a nationwide reform of the Three Waters (drinking, wastewater and stormwater) service delivery arrangements. Instead of delivery of water services being the responsibility of local councils, Labour proposes to set up nationwide water authorities. It now clearly has a mandate to continue with this proposal given that it has secured a second term in Government - so watch this space.

There appears to be a tension between Labour wanting to implement fast track legislation to get things going quickly, versus the Greens who oppose fast tracking due to a lack of environmental and climate safeguards, and the need for more comprehensive stakeholder and iwi consultation. As above, Labour has the majority but given the Cooperation Agreement with the Greens, it will be interesting to see if the tensions rise above the surface.

As the new Cabinet is just getting its feet under the table, we will keep you updated as the environmental agenda progresses, particularly the proposed repeal of the "legislative cockroach."