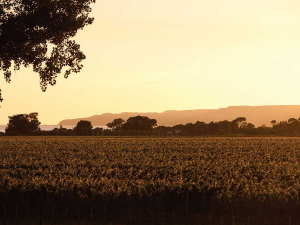 The Report was commissioned by Minister for the Environment, David Parker, and prepared by a specialist panel chaired by a retired Court of Appeal Judge. The recommendation to repeal the RMA is groundbreaking, but probably not surprising given recent commentary in the lead up to the release of the report. The Report provides a new direction for resource management law as we know it, starting with the proposal to create two separate sets of legislation.

The key changes are:

Quite simply, the Report finds that the RMA is not delivering good environmental outcomes. The Report is not binding on the Government, but if adopted in whole or in part, the Report’s recommendations will directly affect the viticulture industry.

Broadly, we see the proposed changes as potentially of benefit to winegrowers, compared to the current RMA scheme.

The Natural and Built Environments Act (NBEA) is set to take a substantially different approach to that of the RMA, by focusing on enhancing the quality of the environment, housing and achieving positive outcomes to support the wellbeing of present and future generations.

Mandatory environmental limits (bottom lines) would be specified for biophysical aspects of the environment, including soils, freshwater, coastal water, air and habitats for indigenous species. Targets would also be set in order to achieve ongoing improvement of the quality of both the natural and built environments. We expect that this will positively affect winegrowers who are more likely to operate within the targets set by the NBEA, and beneficially contribute to the quality of soils.

Regional and territorial authorities will be required to consolidate all existing district and regional plans into 14 combined plans, one per region. This drafting process will involve the formation of a committee of delegates from each region, a Department of Conservation representative and mana whenua. The public would have the right to make a submission on the combined plans, submissions would be heard by an independent hearing panel. We strongly suggest that winegrowers keep an eye on this process and take up the opportunity to make a submission on the new combined plan within your region.

The new Strategic Planning Act will aim to embed integrated spatial planning across the country. The aim of this approach is to ensure better future planning, including for infrastructure and housing, within regions.

By integrating strategic land-use planning, councils will be required to consider plan decisions as a whole rather than focusing on piecemeal individual developments. For example, it could potentially direct developers towards alternative locations than ones containing highly productive soil. This is compared to the current piecemeal approach where each single development is assessed on its own without reverting to any wider strategy or policy.

The proposed new legislation to address climate change would look to place a positive obligation on local and regional councils to consider climate change matters when preparing or changing their plans. The impetus for this proposal is to bring the RMA in line with the new Zero Carbon Act, which commits New Zealand to reducing greenhouse gases to net zero by 2050.

It is suggested that any obligations relating to climate change would not come into force until 31 December 2021, to allow time for further national policy direction. In the circumstances this seems an optimistic timeframe.

Viticulture is traditionally a very low emitter of greenhouse gasses. The Productivity Commission recognised that winegrowing in New Zealand is precisely the kind of low-carbon, high value land use that will need to be expanded to achieve a sustainable low emissions future. It will be important to keen an eye on the detail of the proposed legislation as it develops to ensure that it is consistent with the industry’s own expectations and targets.

So far, the overall reaction to the report and its key recommendations from businesses, environmental interests and local government has been overwhelmingly positive. With elections looming in October, it will be up to the new Government to consider the report and decide which aspects to adopt. While the report is not binding on future Governments, there has been clear cross-party consensus for some time that the current RMA is no longer fit for purpose.

We anticipate that we will see fundamental change in New Zealand’s resource management legislation in the next few years, and strongly suggest that winegrowers should closely ‘watch this space’ for major changes that will, without a doubt, affect the viticulture industry.