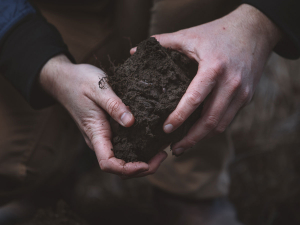 The viticulturist, who is also a New Zealand Winegrowers (NZW) board member, says soil has always been recognised as important within the Sustainable Winegrowers New Zealand (SWNZ) programme, but is now one of six key focus areas.

The challenging task ahead is in finding objective measures, says James, who is critical of “snake oil” in lieu of science when it comes to some soil discussions. “There’s a lot what we don’t know,” he says, noting that some practices deemed to be ‘sustainable’, including tillage, are in fact detrimental. The industry has to guard against “pseudo science” and make sure soil discussions are “robust, repeatable and based on great science”, he says.

Ideally, that science needs to take a holistic perspective, he adds, noting that the Bragato Research Institute’s seven-year Vineyard Ecosystems Project, which looks across a large range of objective measures, is a “really exciting” addition to the industry’s understanding of soil. “I think the Vineyard Ecosystems Project will add to the body of knowledge... but it is not a silver bullet,” he says. “Soils are usually hugely dynamic and have huge variability, depending on the environment they are in.”

There is no single answer but there is plenty of robust science to tap into, he says. “We have to make sure that whatever we do there are objective and valid measures which are reliable, repeatable and robust properties for soil health.”

Central Otago Viticulturist Nick Paulin says building a soil pillar in SWNZ is an “awesome” move. “It’s the one thing we have got that we can pass on in a better state than when we found it.” It’s easy to walk around a vineyard and think it all looks pretty good, but harder to comprehend the health of the soils, he says. “It‘s the medium in which we grow our vines, so we should be looking after it. And it’s a world we know very little about.”

The more diverse the soils, the more resilient they become, the more water and nutrients they store, and the easier the task of growing, he adds. Nick’s own career has been entirely in organic and biodynamic vineyards, so nurturing soil health has been “ingrained in me from the start”, he says. “That is where we should focus our energy. If we get that right the rest of it becomes easy.”

NZW General Manager Sustainability, Dr Edwin Massey, says soil has long been acknowledged as fundamental to the New Zealand wine industry, but feedback from the Scorecard Review Technical Advisory Group led to it being added as the sixth Focus Area in the NZW Environment Strategy. The NZW team is now working to develop a key goal and KPIs for the area, he says.

Ministry for Primary Industries (MPI) inspectors are on the ground in Otago and Southland to support animal welfare as farmers enter the winter grazing season.