Point of View: Upping the ante on dropping emissions 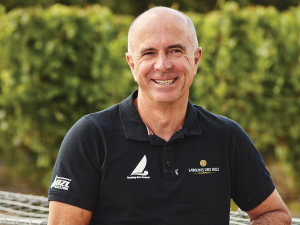 Everyone needs to be responsible for the environment and Lawson's Dry Hills is no different.

But like many things, you have to acknowledge the situation before you can make change. Whilst we felt Sustainable Winegrowers New Zealand (SWNZ) kicked things off with a good base, we felt we could do better and were keen to push for a stronger approach and more accountability.

Our journey started many years ago, although from an official standpoint, the first formal accreditation was in 2011 when we achieved ISO14001. This is the international standard for Environment Management Systems (EMS) and the most widely used in the world. Our EMS controls all our decision-making in light of any environmental impact. It is a point of reference throughout all our company processes from the vineyard and winery, through to the office and into the market.

A natural progression in addition to the EMS was for us to achieve ISO14064, which covers the principles and requirements to be carbon zero. We are independently certified by Toitū Envirocare so we have measured, managed and mitigated our operational emissions including business travel, electricity, vehicles and offices. It's not just about throwing money at it and buying carbon credits - that is not addressing the issue; that's just sticking a band-aid over it. It is just about reduing our carbon footprint as much as possible and being fully accountable.

The commitment to these standards didn't come as a marketing ploy, but from a genuine desire to understand our impact on the environment and to reduce it. You can't plead ignorance to climate change and greenhouse gases, because the proof is everywhere - whether it's rising sea levels, rising temperatures, unpredictable weather or grape harvests that start earlier each year. The fact it forms part of our brand story is because it comes from a place of sincerity, and we are proud to have made such effective changes.

Having said that, after discussion with some of our export partners who expressed an interest in a brand that featured our sustainability efforts, we launched Inviniti. This has been exceptionally well received.

One of the reasons our initiatives have been so effective is the involvement of the whole Lawson's Dry Hills team. Everyone has ownership, so it's not just the big stuff like installing 200 solar panels on the winery roof, but the little things, like the worm farm, composting, recycling, and just thinking twice about everything we do and how we do it (or if we need to do it at all). Everyone feels they can make a difference and that's important.

Leading the company through these voluntary environmental initiatives is hugely satisfying. While they require ongoing commitment, time and investment, the results are incredibly positive, both for the business and our people. It's things like winning the wine industry category for the Cawthron Marlborough Environmental Awards this year that also make use proud. It's great to receive recognition for what we are doing.

Many companies talk about native planting, reducing waste or donate money to green causes, but it's the independent certification that proves to the world that a complete audit has taken place and actions recommended and taken. It's only then you can be sure to be making a difference and it's only then the consumer can be reassured that their purchase does not have a negative effect on the environment. New Zealand can be, and should be, the world leader in environmentally sustainable wine production - an incredibly strong platform for the industry moving forward. Lawson's Dry Hills is currently the only New Zealand wine producer to hold both ISO14001 and ISO14064 accreditations, so we look forward to other wine producers making the commitment and achieving the same.