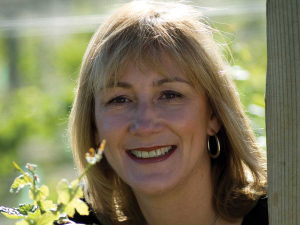 As the wine world pivots through Covid-19, Misha Wilkinson prefers to pirouette.

It’s a fitting response for a classically trained ballerina and opera maven’s daughter, who named the Misha’s Vineyard range for all things centre stage, from The High Note Pinot Noir to The Starlet Sauvignon Blanc.

While the wine company’s export markets have been hollowed out by the pandemic, Misha has been “shocked” by the resilience of her Cromwell cellar door, which typically relies on international visitors for 75 percent of its custom. She was naturally “very concerned” when New Zealand’s borders closed, but says July and August provided a higher turnover than the same two months in the previous year, with fewer people, but a higher spend. “Kiwis are coming in and chatting and have time to hear the stories. They are connected and buy more wine,” she says. “People are here for a good hour and that has been incredibly surprising - we didn’t expect that at all.”

It’s not the first time she and her husband Andy have had to adjust to a slip twixt cup and lip, despite meticulous business plans and market-driven decisions. “I don’t think we have ever known what it is like to sell wine in easy times,” says Misha, who launched their label in 2009, in the midst of the global financial crisis (GFC). “Thank goodness for our marketing skill set.”

Misha’s Vineyard began as a passion project for the couple, who spent 17 years living in Singapore, working in marketing and sales while playing in travel, wine and food. They approached the wine project with detailed business planning, choosing Central Otago for its Pinot prestige, and the 57 hectare site - looking over Lake Dunstan - for its capacity to carry its own winemaker, viticulturist and equipment. Planting began in 2004, with varieties chosen to suit the Asian market, which they considered neglected by most New Zealand wine companies, in a range to perfectly match a lingering degustation, because “that’s who we are and what we do all the time”.

They wooed their ideal winemaker (Olly Masters) and distributors, then launched in Hong Kong, Singapore, New Zealand and Japan in 2009, as per their strategic plan. “What we didn’t count on was the GFC, which really hit hard,” says Misha. They were seeking distributors just as distributors were shedding wine labels, in what proved a “make or break time”.

Misha’s Vineyard made it, and in 2017 they opened a cellar door in Cromwell, deciding that despite their export focus, they could tell their stories direct to visitors. “We had a very clear vision of what we wanted to create,” says Misha, explaining that the “rubber hits the road” when someone walks in, tastes the wine and gains an impression of who they are, from the stage names of their wines to the homage they pay to the Chinese gold miners who once worked Bendigo seams. “We had a very clear business plan of what we would do, and the experience we wanted to offer.” Education was a big part of that, with stories of the wines, but also the history of the region and background on New Zealand’s wine industry, she says.

They resolved to open every day, and to have an extensive list of wines available, including reserves. Informed by their own travels to the world’s greatest wine regions, they wanted to shed any barriers to a good wine experience, and avoid the intimidation people may feel around tasting wine, by using the stories of opera, ballet, gold miners and vines to open doors to the essence of their brand.

They also made themselves accessible, with an office above the cellar door, so visitors can hear the stories from
the people behind the wine, which is something Misha has always loved in her wine experiences in New Zealand and abroad.

They overachieved on their financial objectives, “which was a nice surprise”, garnered consistent five star reviews on Tripadvisor, “which makes us really happy”, and were named a finalist in the inaugural New Zealand Winegrowers Cellar Door of the Year competition in 2019. The same year, Misha’s Vineyard won the 2019 Central Otago Business Excellence Award, with judges calling the operation “a textbook case of excellent business practice”, which was “essentially faultless”.

Then in February this year, Covid-19 blew their export market out of the water, as the premium hotel restaurants they relied on stopped ordering. Exports starting “trickling back” in July, but it’s been an “enormous impact”, says Misha. “There are some bright spots though – our China distributor says they have 70 percent of their business back.” That’s buoyed by China’s strong domestic tourism trade, but the likes of Hong Kong and Singapore are feeling it a lot more. “We have had to pirouette,” she says. “We have done some sales to markets we don’t normally sell to and picked up some opportunities in the US.” They also sold some fruit rather than make it into wine, and sold some inventory during Covid-19. “Fortunately, Central Otago’s harvest was at a late enough stage that we could see what was happening and made some of those decisions early on. And in New Zealand, orders have started to look a bit more normal.”

Meanwhile, the performance of the cellar door has been a welcome surprise, says Misha, who thought their only lifeline might be New Zealand opening its borders to Australia. Instead, Kiwis visiting Queenstown for skiing have made the one-hour journey through the Kawarau Gorge to visit tasting rooms in Cromwell. “People talk about one in 10 visitors making that trip, but Kiwis are more likely to because they have their own transport – whereas the overseas tourists will stay close to Queenstown,” she says. “There are not a lot of people around, but they are engaged.” She’s aware the ski season will have buoyed the visitor numbers, and hasn’t stopped worrying yet. “We’ll see how things go. We are in uncharted territory.”

Barrelling along in Cromwell

Misha’s Vineyard is one of four tasting rooms on the 4 Barrels Walking Wine Trail, established to guide visitors and locals along an 8km loop of Central Otago scenery, orchards and wine producers. The trail visits the Misha’s Vineyard, Aurum Wines, Scott Base and Wooing Tree Wines cellar doors, with an illustrated trail map allowing people to take it at their own pace.