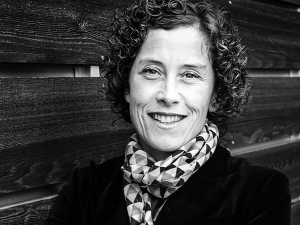 Ask Jane Cooper who her most influential mentor is and two words spring to mind: Mother Nature.

“I’ve always spent a lot of time in the vineyard because the vines teach me a lot,” says Cooper, a Wairarapa winemaker who is about to open her own winery and cellar door, both of which will be a first for Greytown.

“I’ve always done really long stints in vineyards because you get to know so much from what the grapes tell you each year,” says the woman who originally planned to be a lawyer, until she set foot in a winery three quarters of the way through her degree.

Cooper had embarked on a political science degree at the University of Victoria in Wellington and, part way through her last year, she visited Te Mata Estate Winery in Hawke’s Bay and immediately knew she wanted to make wine.

“It felt like it fitted. As soon as I walked in and saw the pumps and the barrels, I knew it was me. I love the two totally different aspects – creative and practical, both of which involve moving around rather than working in a static sitting down role, which I realised was not me.”

It’s the creative aspect of winemaking that most strongly resonates with her.

“You’re working out solutions. Myself and my partner are designing a small urban winery in the middle of Greytown. It will be the town’s first cellar door and winery and will give us a lot of scope with my brand.”

Cooper was born and bred in Upper Hutt. She finished her degree at Victoria University of Wellington, following it with a year in viticulture and winemaking at Lincoln University in 1991 and then went on to gain 25 years of winemaking experience in New Zealand and overseas. Her international winemaking stints have been in Chile, the Hunter Valley, and in Trento, north east Italy, where she worked for International Winemaking Services.

She has also made wine for many New Zealand wineries. She began winemaking in Nelson where she worked for Seifried Estate, Te Mania, Kaimira and Richmond Plains, before moving to the Wairarapa where she held the role of general manager and chief winemaker at Matahiwi Estate for more than a decade, a position she departed in August 2016. She still uses the facilities there to make Ohau Wines, a consultancy role in both winemaking and in the vineyard.

It’s the only west significant coastal vineyard in this country; 37 hectares on a warm, gravelly, free draining site between Otaki and Levin, planted in Sauvignon Blanc, Pinot Gris and Pinot Noir. It’s also a rainy spot.

“It’s really only the rainfall that we fight so we’re getting better at raising the quality of the grapes in time for ripening.”

She began her own brand, Alexia, in 2000 with Nelson grapes and produced wine under this label until 2007 when family became her biggest priority. She wanted to focus on her two small children, a daughter and a son, ahead of the brand. She continued to make wine at Matahiwi in the northern Wairarapa and departed from that role in 2016 when she began making Alexia again, using Hawke’s Bay Chardonnay.
This year she is making a Rosé, a Pinot Noir, a Chenin Blanc and, possibly, a Cabernet Franc, all under the Alexia brand and all from Wairarapa grapes.

She may add a Chardonnay made from Hawke’s Bay fruit, purely due to the high quality of the grapes.

Next year she will have her own small urban winery, a facility that will also double as a cellar door.

She plans to focus on experimental wines that express the vineyards she sources grapes from.

“We have been looking for a site for ages and the one we’ve found is zoned industrial so we can make wine there with no problem.”

It is a 1900 square metre site, so there is plenty of potential for future growth, should the need arise.

Outside the winery, Cooper has also been a judge at the Royal Easter Show Wine Awards, the New World Wine Awards and the Air New Zealand Wine Awards.

Of the Women in Wine initiative that is gaining ground in New Zealand today, she reflects that it is sorely needed.

“The world has not traditionally been focussed on women coming up through the ranks in new industries and we need to challenge that,” she says.

As a past board member of NZW, when asked what she would like to see happen in the New Zealand wine industry, Cooper says that diversity and texture are key for the industry moving forward.

“New Zealand wine is an amazing industry and diversity will help us moving forward.”

What do you love about the New Zealand wine industry?

“Amongst my friends in the industry, I really love that there’s a lack of ego. I really like the collegial striving to make the best we can. Collaboration.”

Which vintage stands out the most to you?

“The 2013 vintage was the most amazing Pinot Noir one due to even fruit set. Small bunches with very even fruit are very unusual in the Wairarapa so that was special. This year, 2019, has been a fantastic year too with some evenness and great fruit quality.”

Who has been your greatest mentor?

“I judge wine and Kate Radburnd has been very supportive. Wine judging is a discipline and has really taught me to be consistent. The other great mentor for me are the grapes. That’s why I’ve always done really long stints at vineyards because I learn a lot from the vines.”

What is the best piece of advice you have been given?

“My mum always said you can do anything.”

What is your advice to any woman thinking of entering the wine industry?

“Go and have fun and work hard. It’s such a cool job.”