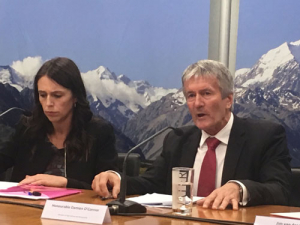 The Government has just announced that it will attempt to eradicate Mycoplasma bovis from NZ herds.

- All infected farms found in future will also be depopulated

- Following depopulation, farms are disinfected and will lie fallow for 60 days after which they can be restocked

- Intensive active surveillance, including testing and tracing, will continue to detect infected herds

The full cost of phased eradication over 10 years is projected at $886 million. Of this, $16 million is loss of production and is borne by farmers and $870 million is the cost of the response (including compensation to farmers).

The Government expects to do most of the eradication work in 1-2 years.

Government will meet 68% of this cost and DairyNZ and Beef+Lamb New Zealand will meet 32%.

The alternative option was for long-term management. This was projected at $1.2 billion. Of this, $698 million is the loss of production borne by farmers and $520 million of response costs.

“To not act at all is estimated to cost the industry $1.3 billion in lost production over 10 years, with ongoing productivity losses across our farming sector,” the Govt says.