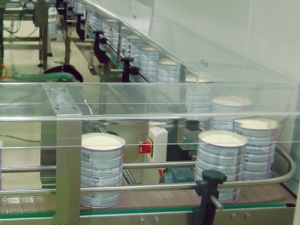 A 60-year-old Auckland businessman has today been charged in connection with the criminal blackmail threat to poison infant formula with 1080, made public in March this year.

This follows the execution of five search warrants in Auckland and the Rangitikei district this morning.

He has been charged with two counts of Blackmail, each charge relating to the threat letters sent to Fonterra and Federated Farmers in November 2014. Blackmail is punishable by a sentence of up to 14 years imprisonment.

The accused will appear in the Manukau District Court this afternoon.

"This investigation is one of the biggest undertaken by police in recent times, and reflects how seriously we view this kind of crime.

"It has involved a 35-strong investigation team, plus specialist support staff led by Detective Superintendent Andy Lovelock, based in Auckland.

"Today's arrest is the result of dedicated investigative work over many months. The Operation Concord team has demonstrated a meticulous approach in managing large volumes of information and applying a range of forensic techniques in gathering evidence."

Commissioner Bush says the investigation has received assistance from a large number of organisations:

"I would like to thank the Ministry of Primary Industries and ESR for their assistance, and importantly the recipients of the threats, Fonterra and Federated Farmers.

"Particular credit should go to the people of New Zealand and elsewhere who reacted to the threat in a measured and considered way. This reflects the excellent cooperation between the Ministry of Primary Industries, retailers and others to ensure consumers could see appropriate measures being taken in response to the threat, and that they had access to the right information.

"While we are unable to discuss any specifics about the investigation, we can say that the general public reaction to the threat meant Police received a high level of cooperation from many people during the course of the enquiry.

"We appreciate that there will be many questions about the investigation and the threat, however we are mindful of any judicial process to come as well as the investigative activity which is still ongoing. We are therefore unable to put any further information into the public domain at this time.

"What we can say is that today's development sends a clear message that we will use all necessary resources at our disposal to investigate such threats, no matter how long it takes."

Fonterra chief executive, Theo Spierings says Fonterra is pleased to hear that an arrest has been made as part of the investigation into the criminal blackmail threat made public in March this year.

"We would like to thank MPI and the New Zealand Police for their continued and exhaustive efforts on behalf of the New Zealand dairy industry, retailers and the general public," he says.

"We'd also like to acknowledge the significant joint industry response to this threat."