Fonterra fails to get 75% support 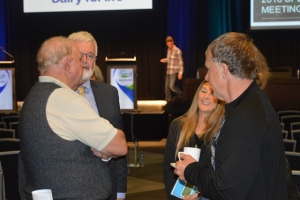 Fonterra says it will bring a revised governance structure for vote before shareholders by the end of this year.

The board's proposal received 63.7% support from shareholders who voted; 58.6% of total shareholders took part in the vote.
Chairman John Wilson says personally he is delighted that nearly two-thirds of farmer shareholders supported the proposal.

He says there is a strong desire for change and he is confident the co-op will land on a model that is right for its shareholders.

"There is a strong desire for change among our farmer shareholder base," he says.
"Farmers want a system that will bring knowledgeable people to our board.

"We must change the current system; we proposed some significant changes and not everyone supported them."
Wilson says the main feedback from farmers was that under the proposed system they were not able to choose between all the candidates.

Wilson says the board will go back to the drawing board and bring a revised plan before shareholders by the end of this year.
"We cannot stand still."