Keep a 'war budget' in the drawer 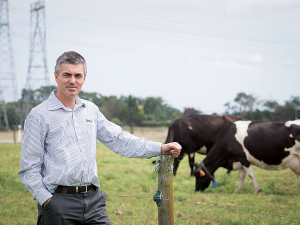 Paul Bird, DairyNZ urges farmers to use the strong milk price to reduce debt and save for a rainy day.

Farmers are being urged to use the strong milk price to pay off debt and be better prepared to withstand shocks.

Speaking at online DairyNZ Farmer Forum last month, solutions and development lead adviser Paul Bird noted that while industry debt had dropped to $38 billion, reducing it further would be "a good thing".

"The average dairy farm is still made up of half debt and half equity. That's still quite a big chunk of debt," noted Bird.

Farms with returns of around 5% would come under pressure if interest rates rose to 5% and beyond.

It also puts farmers in a solid place if they are "looking for the next opportunity to grow in dairying".

While New Zealand dairy farmers could end up receiving a record milk price this season, it's hard to predict the milk price in the coming seasons.

Over the past 10 years, NZ farmers have enjoyed a $7-plus milk price in three seasons while the milk place dropped below $6, including $3.90 in 2015-16, in another three seasons. For the remaining four seasons, the milk price sat between $6 and $7.

Bird notes that the midpoint is about $6.50/kgMS and Fonterra's new strategy aims for a future milk price of between $6 and $7/kgMS.

Budgeting on a $6.50 milk price is a reasonable starting point.

"Some people will say that is too conservative but I think that's reasonable with some dividend on top of that," he says.

Bird says the key thing is to plan around the "upsid and downside" of the starting point.

"This season the milk price could be much higher than $6.50/kgMS.

"Then putting plans in place on how to actually utilise that extra money is very important.

"Another couple of dollars on top of that $6.50 - that's a lot of cash coming and you can easily spend that or invest that unwisely.

"So I really suggest that people sit down and think about how they can invest that money - is it debt reduction, is it reinvesting in housing, a new farm or off farm investment?"

Bird suggests farmers keep a "war budget" in the drawer for the eventuality of a low milk price.

"We hope it doesn't happen but it has in the past. Have a budget in the drawer [for when] you have a really low milk price. Let's say $5 - I don't know the right number, but put that in there and develop a plan so you know how you're going to navigate if things turn to custard and we get a really low one."

Bird says having a solid profitable business is the best way to be prepared for a shocking season.

He compares dairy farming to walking across a bridge with strong crosswinds.

"And that gives you that buffer in those margins, allowig you to hunker down and not get blown away by that gust of wind.

"You are still there and you can start moving forward again when the wind dissipates."