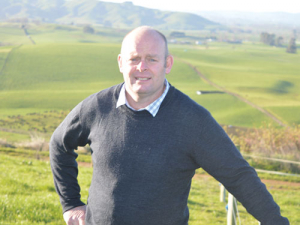 Michael Spaans and Donna Smit were the two successful director candidates elected under the new elections system, which was voted in by shareholders in October as part of the governance and representation review.

Shareholders’ Council chairman, Duncan Coull, congratulated the successful candidates and thanked shareholders for their on-going commitment to their co-op.

“On behalf of the Shareholders’ Council I would like to welcome Donna to the role and congratulate Michael on his re-election,” says Coull.

“Most importantly I thank our shareholders for their continued engagement throughout what has been an incredibly demanding year both on-farm and within our co-op.

“As farmers, we often speak about our commitment to the principle of 100% famer shareholder ownership and control, and it is great to see this continuing to be displayed through participation in our co-op’s decision making processes.”

“Every one of our retirees has put a huge amount of time and effort into their roles on Fonterra Farmers’ behalves. They take with them a wealth of experience, a number of achievements, the satisfaction that they have contributed positively to the continued evolution of our co-op, and the best wishes of council.”

“Council also wishes to acknowledge Ian Farrelly and Malcolm Bailey who are retiring after considerable service to our co-op and industry as a whole. We thank them for their contributions and wish them both well in their future endeavours.”

Results of the annual meeting resolutions will be announced following Thursday’s annual meeting which is being held at the Fonterra Darfield site in Canterbury.