When it comes time to hang up the gumboots 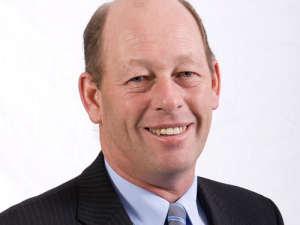 With the average age of New Zealand farmers pushing 60, and land values on a steady increase, it’s no surprise succession planning is currently top-of-mind for the agricultural industry.

In fact, leading commentators see private farm succession as the single biggest challenge for the industry to overcome during the next decade.

Dairy Women’s Network and its partners ASB and Crowe Horwath are coming together to offer support to farmers around this daunting and extremely personal, but important issue, over the next few months.

The partners will be delivering free succession planning workshops across the country, over the next six months.

Crowe Horwath Hawkes Bay managing partner, Rick Cranswick says that for many farmers, the idea of leaving the farm is a tough subject to talk about.

”As a result, it’s often put on the back burner. So it’s important to help farmers understand the urgency of getting started early.”

Facilitating the transfer of intergenerational wealth between family groups has historically been the nexus of some tragic family breakdowns and when done incorrectly, can have dramatic financial and social implications across all generations, Cranswick says.

“It’s not one size fits all, and it’s not just a choice between selling the farm or giving it to the kids. Farmers need to think about how to account for things such as non-farming children or succession beyond family circles.”

Farm owners need to evaluate what their plan is for the next 30 years and if they have an exit strategy in place. People often plan for when they would like to leave the farm, and are left short if they are forced to depart quickly.

Cranswick suggests farm owners ask themselves if they think their family will be looked after, should they exit the farm. It is essential to have the right structures in place to ensure that if they get the choice to retire, they do it when they want to, and in a manner they would like.

“We are not aiming to solve the complexities of succession planning in the 2.5 hour workshops, but to simply open the door for farmers to start thinking about it and offer them support to facilitate the tough conversations that may lie ahead.

“We want DWN members to feel confident to advance their thinking and conversations in regards to their own succession planning, and we’ll endeavour to make them aware of what pitfalls to avoid and what to expect when going through the process, as well as what success looks like.”

ASB general manager rural Mark Heer says when it comes to succession planning, capital is an important part of the mix.

“The financial success of New Zealand’s rural economy comes down to finding sufficient capital to fund a new generation into farm ownership in a way that means they are able to sustainably continue to farm,” he says.

“Access to capital is an issue and careful succession planning can help overcome this.”

Dairy Women’s Network chief executive Zelda de Villiers says the network is pleased to be able to help its members approach this important topic with the specialist input from its valued partners.

The free succession planning workshops are being offered throughout the North and South Islands from October 19 until May 2017. For more information or to register, visit www.dwn.co.nz