Price slump not unique to dairy 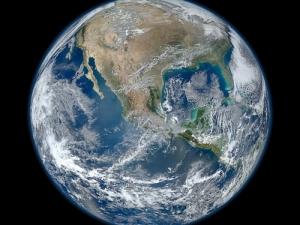 The world economy has veered into difficult and dangerous waters.

The world economy has veered into difficult and dangerous waters, suggesting 2016 will be a long hard year of slow recovery in prices in global food commodity markets, including dairy.

The perfect storm has struck. Major food and oilseed commodity prices are at low points in the cycle and inventories are high. It's not just food, of course; oil and other major metal commodities are at prices not seen for a decade.

On the demand side, China, the largest growth economy in the world, has the brakes on.

This year started with little change in OPEC's production stance, and little hope for collaboration given new tensions between Saudi Arabia and Iran.

The outlook suggests a sustained petroleum glut, unless there is a strong surge in demand, which I'll come back to later.

This is playing out like a 'game theory' case study. The OPEC cartel started a price war to dominate the global energy market in the third quarter of 2014, signalling their intention to increase production and drive out competing alternative low-cost technologies (such as shale oil) and renewable production using corn and soybeans.

So much for the planet! This short-term painful price competition was intended to knock out rivals and ensure that a finite energy resource remains the dominant choice for industry and consumers.

Prices have been driven down to levels not seen since 2004, well below the supposed break-even costs of production of crude oil for most major exporters.

Historically, there has long been a close correlation between crude oil prices and the prices for major food commodities, including dairy ingredients and feed grains.

On the demand side it makes sense – weak economic activity reduces demand for fuel and can weaken some food markets.

While the trends lines move uncannily together, it doesn't mean oil is behind the changes in dairy and grain prices.

Dairy prices have slumped low due to excessive supply from abundant grass growth, low feed grain prices and the loss of a couple of big buyers from the global market.

Grains and oilseeds markets are well-supplied due to good weather in most major regions – our enemy El Nino tends to be kind to many northern hemisphere producers.

Low oil prices can be a friend to dairy producers. Cheap fuel can lower the costs of milk production, reducing equipment and energy costs as well as the cost of fertiliser.

However, low oil prices have mixed effects on dairy markets.

In the developed EU and US economies, cheap fuel improves household budgets, freeing up a bit more cash for dining out.

We've already seen US food service grow strongly in 2015, soaking up more cheese and milk. The question is whether it can keep that growth rate surging in 2016.

Lower fuel costs can improve economic prospects for countries dependent on fuel imports, lowering overall costs of manufacturing and transport including shipping, and improving the affordability of dairy imports.

On the other hand, there are risks for dairy demand, as low oil prices can harm the economies in some major oil-producing regions which are also large dairy importers, such as those in the Middle East, North Africa (together known as MENA), Russia and Venezuela.

Low oil prices have combined with sanctions to weaken the Russian economy, and have made a bad financial situation far worse in Venezuela.

The effect in these dairy markets will be uneven and hard to predict, as the dependence on oil, production costs, government food buying activities and the financial states of oil economies vary significantly.

But the developing world including MENA has a number of large dairy buyers that are also oil importers whose economies should benefit from lower fuel and energy costs.

So on balance – what does the future hold for oil prices and the global economy?

One important but odd indicator of economic conditions is the Baltic Dry Index of shipping costs. The index has long been a forward indicator of the fortunes of the world economy, and is now the lowest since its inception in 1985.

This largely reflects the slowing of trade in and out of China as it transitions to a consumer-led economy from a trade-driven one. It also reflects the build-up of capacity with the promise that China (and its hunger for two-way trade) would just keep growing.

The index suggests the demand side of the oil market will be sluggish for some time.

So dairy commodities are not alone as bottom-dwellers; most hard and soft commodity prices are at historic lows, for many reasons, including some that are interrelated. The unwinding of this situation is the same for them as it is for dairy.

The sobering reality for dairy is that these effects may take all of 2016 to develop and then some.