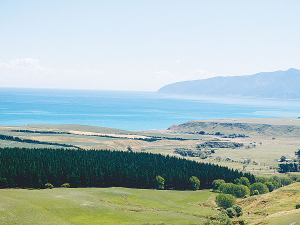 Significant Natural Areas (SNA) are becoming a very important topic for farmers who are finding that parts of their properties have been or will be designated as SNA’s due to a perceived high level of indigenous biodiversity and will be captured under the proposed National Policy Statement (NPS) for Indigenous Biodiversity.

As the saying goes ‘the devil is in the detail!’ The proposed NPS does not just cover the designated SNA but also covers areas that are seen as connecting pathways between SNA’s.

This NPS for Indigenous Biodiversity doesn’t take into account private property rights. Currently, landowners have been working under permitted activity rules under the RMA, and have been voluntarily protecting many significant areas on the land. Yet now under this NPS they are to be constrained in what they can do.

Common justice would expect compensation for land taken by the Crown. Surely landowners should be compensated. But no, Minister Shaw (Climate Change Minister James Shaw) has stated that they would not be compensated because the policy would not stop them from using their land. Rubbish!

An example of government paying for taking away private property rights was the Waikato Regional Council’s Variation 5. This paid for the nitrogen to be taken out of the Lake Taupo Catchment. Using this example, if the crown wants to impose conditions on Indigenous Biodiversity on private land they should enter into meaningful consultation with landowners. If SNA’s are agreed to, then compensation must be applied. We see the three district councils and the regional council chair on the West Coast and two local rūnanga chairmen wrote to the Minister James Shaw opposing the SNA process and only received a “generic response letter” back.

Minister James Shaw said existing activities would be able to continue on SNA’s providing they happen in partnership with nature. Some new activities could be possible with a resource consent, the minister said. What on earth is he talking about?

Minister Shaw, the question needs to be asked, why are these proposed SNA’s to be imposed on private land? If you know how farmers think and behave, you would know that these areas were left because landowners recognised the value of retaining these special places, making that decision unfettered by needless legislation. It has long been part of landowners’ culture.

We note too that the Prime Minister made a clear statement that there would be no new taxes under her government this term. Yeah Right!

The short definition of a tax is: “A tax is a compulsory financial charge or some other type of levy imposed on a taxpayer by a governmental organisation”.

The designation of an SNA which takes away some private property rights surely falls within the definition of “some other type of levy imposed on a taxpayer by a governmental organisation”.

The Government seems to want to blame the rural sector for all the ill winds that blow through. There is no acknowledgement of all the good works that rural sectors have achieved. It seems highly likely that imposing SNA’s as part of the NPS will lead to more unproductive government bureaucracy.

Peter Buckley is a Waikato farmer and a former chairman of Waikato Regional Council.

Grey District's mayor is unhappy at the lack of response from government ministers about concerns from West Coast leaders and iwi on Significant Natural Areas (SNAs).

OPINION: Your canine crusader understands that the unrest and unease around the country about government-imposed, controversial mapping of Significant Natural Areas (SNAs) is all the fault of redneck, racist farmers in the South.