At last a deal on climate change — Editorial 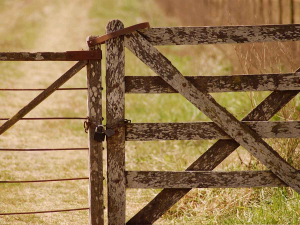 Finally, farmers and the government are working together.

OPINION: Primary sector bosses and Government ministers waxed lyrical at a news conference at Parliament on the new deal on agricultural emissions.

It seems the Government has taken farmers’ word that they can cut farm emissions in a way better than the very prescriptive approach the Government was proposing a few months ago.

The news conference heard farming’s two representatives say they were “very proud” to be associated with the agreement and to feel listened to by the Government. They were seeking practical, effective outcomes and believe that the deal will achieve this.

They said farming will work with the Government to design a pricing mechanism whereby any price is part of a broader framework to incentivise the uptake of economically viable opportunities which contribute to lower global emissions.

Both sides are describing this as a win-win deal, and in fairness it was probably the best that both sides could have hoped for. It’s likely that some farmers will be unhappy and that some ‘green’ elements of the Government may feel aggrieved and claim that farmers are being treated as a special case.

Already Greenpeace is labelling the deal “a sellout”, accusing the Government of buckling to lobbying pressure from the dairy industry and big agribusiness.

For its part, Federated Farmers is happy to be working with the Government via ‘He Waka Eke Noa’ commitment but it continues to oppose agriculture entering the ETS.

Its position remains that He Waka Eke Noa is clear that the ETS has not worked to reduce emissions and will not work for agriculture.

The question that remains is whether this new Bill and proposed solutions will take some pressure off farmers and give them certainty.

One could say it may help, but there are still lots of other issues to be resolved on the environmental front, notably water and farmers’ about land use change.

Much is said about helping farmers deal with climate change and the challenge will be how to get the message out to the wider farming sector.  A lot of this will likely fall on industry good organisations such as DairyNZ.

At this stage it looks hopeful as most parties go forward with goodwill.