LIC best to stick to its knitting 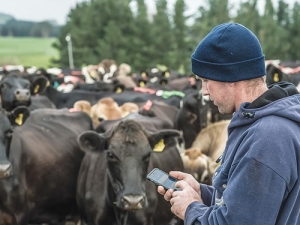 LIC’s proposal to place Minda in an agritech company is being questioned by farmers.

All three – herd testing, Minda and artificial breeding – must be retained in one organisation. There is a fourth vital and inseparable component, GeneMark, which identifies animals and so is deeply integrated with Minda. LIC has invested a lot in genomic selection (the selection of young bulls using DNA analysis) and the co-op is close to fulfilling its promise of reliably identifying top BW bulls at a young age. Genomic selection makes herd improvement more-or-less complete.

But the meeting saw that the problem the LIC board wants to solve goes deeper than just this tension between the two types of share. The investment shares have proven to be "an illiquid market created by thin trading," King said, and this is not helpful to an LIC board that "needs capital for growing information, automation and sensing businesses". The farmers are selling their investment shares and that is "going the wrong way" for an LIC board hungry for capital to fund growth, King said.

Five factors appear to be behind the LIC board's proposal:

1. The goal set a few years ago to grow the co-op into a $1 billion/year business

2. The goal to invest in technologies other than the four components of herd improvement

3. Investment shares held by farmers provide an illiquid market and a shallow source of capital, insufficient to fund the targeted revenue expansion offshore and investment in technologies not related to herd improvement

4. Cash reserves have run out.

5. Outside capital can only be raised by placing valuable components of herd improvement, especially Minda, into the proposed agri-tech company which then becomes the vehicle for raising capital by selling shares to outside investors. But doing this would start LIC on the track of 'corporatisation' with outside shareholders, causing more tension than ever. Farmers would be justified in asking, would this serve us well? To answer that question, farmers must first ask and answer three other questions:

Do we want LIC to become a $1b revenue company?

Answer: LIC must maintain its drive for added value behind the farmgate rather than prioritising the growth of its own revenue.

For years LIC has added hugely to the annual revenues of its farmer members by means of rising genetic value, and therefore productivity, of our dairy cows. The case for LIC continuing this is immense. Any large concentration by LIC on growing its own revenue stream would risk the co-op losing sight of continuing its achievements for its farmer members.

The board's agri-tech company proposal requires new capital to fund risky investments in new technologies and to fund the difficult business of going overseas to compete with large breeding companies. Overseas herds are mostly found in feedlots and milked year-round and that calls for different genetics from those required for our grass-fed, seasonal cows.

Farmers believe LIC should stick to what it does best: pursuing the endless possibilities for innovation, such as breeding cows of higher and higher breeding worth, breeding cows ever more suited to OAD milking and developing DNA analyses to make genomic selection of young bulls more accurate.

The goal to increase LIC annual revenues fourfold to $1b takes the co-op down the wrong path. If the board openly recognises there is no farmer mandate for this goal it will reconnect with farmers and regain their confidence.

What is the essential core business farmers want LIC to focus on?

Farmers last year told the LIC board at roadshow meetings that the co-op should 'stick to its knitting'. The farmers have not changed their minds. Many ask, pondering this latest proposal, how did this suggestion for restructuring ever see daylight, does LIC have a strong board and what is the state of LIC staff morale?

Have we been better off with investor shares?

Answer: a corporate-type company structure is ideal for most businesses, but complete herd improvement is different. It cries out for a cooperative company structure to pull together thousands of farmers who effectively throw all their intellectual property (cows) into a large common pool to be shared by all co-op members. The co-op then chooses the best animals from this pool to breed even better animals for the benefit of all. Selection of the best animals from such a large population is extremely intensive, and therefore powerful. All the farm businesses rise higher and faster because of this shared, integrated interest.

The LIC board says the investor shares, available for ownership only by members of the co-op, have created a confusing ambiguity in the capital structure of LIC.

Over the years LIC has been very successful: until 2014 it made a surplus averaging at least $20m/year, enabling it to invest strongly in R&D. At that time its cash reserves of $20m gave it a strong bulwark against an industry downturn.

LIC has provided large annual genetic gains to farmers' herds that are both permanent and cumulative. Over 10 years the net value captured by farmers from this annual genetic improvement has been estimated at about $3b in increased revenues.

A board buy-back over time of investment shares, as suggested at the Morrinsville meeting, would – as a means of addressing the tension between coop shares and investment shares– be feasible if LIC could again achieve a $20m annual surplus.

In the meantime, LIC is strongest and clearest of purpose as a cooperative company having the goal of delivering genetic gains and services to its New Zealand farmers through herd improvement. Reaffirming that clear, simple and straightforward purpose would reconnect the company with its farmers and provide the greatest possible benefits to those farmers.

• David Wallace is a Cambridge farmer with farming interests in Brazil.

Farmer co-op LIC will pay $18 million in dividends to shareholders after a strong full-year result.