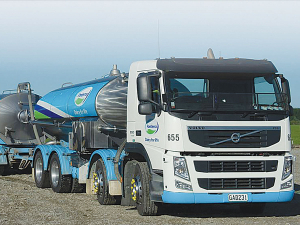 The Government has announced its intentions to amend the Dairy Industry Restructuring Act (DIRA) to support Fonterra’s capital restructure.

Agriculture Minister Damien O’Connor says Fonterra is key to New Zealand’s dairy industry and a major export earner for the economy, sending product to over 130 countries.

Approximately 95% of all dairy milk produced in New Zealand is exported, with export revenues of approximately $19.1 billion per year. It accounts for 35% of New Zealand’s total merchandise exports and around 3.1% of the country’s GDP.

“The success of our dairy sector and the broader primary industries will underpin our economic recovery from Covid-19,” O’Connor says.

“We’re proposing a set of amendments to DIRA that strike a balance between recognising the shareholders’ mandate for change and enabling the successful function of the wider dairy sector.

“The benefits of a high-performing and efficient Fonterra flow through its near 10,000 farmer-shareholders to our rural communities and across New Zealand’s economy.”

The move to amend the DIRA comes after Fonterra’s shareholding farmers voted in December 2021 for a capital restructure of the co-operative, which was formed through the DIRA in 2001.

“Because of Fonterra’s size and influence in the New Zealand dairy sector, the Government needed to take into account any potential risks to the long-term performance, innovation, sustainability, and value creation in the wider dairy industry,” O’Connor says.

“To that end we are also taking the opportunity to improve the transparency and independence of the raw milk price setting process, whilst also requiring a dividends and retention policy.

“It’s important that the amendments receive feedback and today a discussion paper has been released as part of consultation on the changes.”

The proposed DIRA amendments focus on:

O’Connor says the Ministry for Primary Industries will be consulting interested and affected parties on the proposed amendments from April through May, and the Government will consider feedback.

There will also be further opportunities to provide feedback during the Select Committee stages of the DIRA Amendment Bill which O’Connor expects to progress through Parliament later this year.

“The proposed DIRA amendments will enable Fonterra to move to its new capital structure, and help ensure the long-term success of our dairy sector, and the significant contribution it makes to our rural communities and New Zealand’s economy,” says O’Connor.