A safe pair of hands for Fonterra 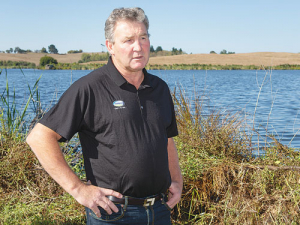 He told Rural News the appointment signals business as usual as the co-op hunts for a new chief executive.

While Monaghan’s appointment may not signal a shift in strategy, farmers expect the new chief executive to bring some changes.

McGiven says that too many farmers busy with calving the abrupt change in chairmanship came as a shock -- an unfortunate timing given the new chief executive appointment pending.

“With John Monaghan stepping up as chair, I see him as a safe pair of hands to continue with business as usual, especially with the appointment of a new chief executive underway.

“This appointment may bring some changes to the strategy as the new appointee may have new and diverse ideas on how to meet the board’s vision and mission.”

Monaghan took over from John Wilson, who recently underwent major surgery for an undisclosed ailment and requires further treatment.

An experienced director, on the board since 2008, Monaghan has farming interests in Wairarapa and Otago. He has chaired and served on many board committees and led during customer visits and on global trade issues.

Wilson, who joined Fonterra’s board in 2003, will retire at the annual meeting in Waikato on November 8.

He says the decision to stand down as chair had been difficult but was ultimately in the best interests of the cooperative. “I have made a very good recovery and am well but will need ongoing treatment. It has been a privilege to serve you as chairman and give something back to this great cooperative that continues to give my family and me so much.

“As many of you will know from experience, governance roles are incredibly rewarding but equally demanding on individuals and their families. Continuing as chairman when I cannot put my full energy and attention into the role is not appropriate.”

McGiven thanked Wilson for years of hard work and leadership on behalf of all shareholders.

“He was unfortunate to inherit the mantle when the botulism scare occurred and has guided the company through rough waters,” says McGiven.

“He has always had an extremely sharp intellect and has been able to bring that to the fore as chair of Fonterra, and has always been accessible as chair if supplier/shareholders needed additional comment.”

“At a relatively young age, when others might focus solely on their farming business, John chose to devote a significant amount of time to key leadership roles,” said fellow director van der Poel.

“As an elected farmer director, John’s understanding of the Fonterra business and the market environment in which it operates is second to none.”

But Wilson’s passion and dedication to the sector goes much further than Fonterra.

“John has always been an active participant in industry-good initiatives, including recently the new Dairy Tomorrow strategy and the Mycoplasma bovis challenge.

He always made time for these important issues and DairyNZ thanks him for his commitment and leadership contributions.”

Federated Farmers dairy chairman Chris Lewis says Wilson has always been fiercely supportive and proud of his co-op shareholders and the work they do.