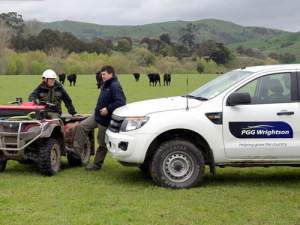 The NZ Commerce Commission gave its blessings to the proposed sale on Wednesday.

The Australian Competition and Consumer Commission (ACCC) has decided that it will not oppose the merger.

DLF Seeds and PGG Wrightson Seeds are active in Australia in the production and supply of forage seeds, which are used for grazing livestock, and turf seeds.

“Following its investigation, the ACCC found that it is unlikely that the proposed acquisition will result in a substantial lessening of competition in any market,” ACCC deputy chair Mick Keogh says.

The ACCC’s investigation focussed on competition in the market for a specialised product in which both companies are active: the market for perennial ryegrass seeds containing fungi, called endophytes.

“The ACCC believes that a combined DLF Seeds/PGG Wrightson Seeds will continue to face competition from remaining suppliers, including large global seed producers such as Heritage Seeds,” Keogh says.

“Most farms which undertake high intensity grazing sow their pastures with a variety of forage grasses, and do not rely solely on perennial ryegrass incorporating novel endophytes.”

The ACCC also assessed whether a reduction in competition would have negative impacts on seed research and development (R&D).

“We did not consider that the proposed acquisition would be likely to lessen competition in R&D aimed at developing new seeds.”

DLF Seeds deals in forage and turf seeds and other crops. DLF Seeds does not have a business presence or operation in Australia, however its seed products are imported and distributed throughout Australia via third party distributors.

On Wednesday, the NZ Commerce Commission gave its blessings to the proposed sale.