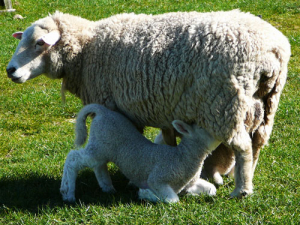 B+LNZ’s Economic Service estimates the number of lambs tailed in spring 2018 was 23.5 million head, down 0.7% (163,000 head) on the previous spring, with the small decline being due to the higher lambing percentage not offsetting the 2.1% decline in breeding ewes.

Overall, this means 129 lambs were born per hundred ewes compared with an average of 121 over the prior 10 years. For spring 2018, a one percentage point change in the New Zealand ewe lambing percentage is equivalent to 174,000 lambs.

In the North Island, the number of lambs tailed decreased by 3.2% because the number of ewes mated declined 3.5% as farmers ran relatively more beef cattle, and the lambing percentage was unchanged.“While this was a record high, there were differences between the regions. There was a sharp increase in Northland-Waikato-BoP, a decrease on the East Coast and little change in Taranaki-Manawatu due to the different conditions in the different regions,” says Davison.“Autumn and winter conditions were generally good, but a fierce southerly storm affected parts of the East Coast in early September".According to the survey, the number of breeding ewes declined 2.1% to 17.4 million at 1 July 2018.

The increase was influenced by Marlborough-Canterbury where there was an 8.1% increase following some difficult years.

This was due to a sharp increase in lambing percentage in Marlborough-Canterbury and a smaller increase in Southland, which more than offset a decline in Otago.“Good climatic conditions occurred through autumn and winter, which were positive for mating and lambing, although there were some isolated weather events that caused losses on the East Coast of the North Island, which no farmer wants to see because they care for their animals,” says Davison.

The tonnage of lamb produced is expected to decrease by 4.4% due to the combination of fewer lambs and a slightly lower average carcase weight.