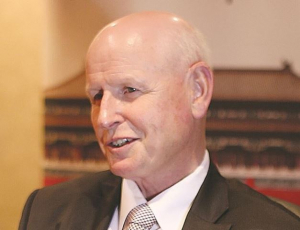 The change in the ownership will complete a planned succession process: the founder and current chairman, Sir Graeme Harrison, said in 2015 that he planned to retire. He will step down at the company’s annual meeting in March.

Itoham Yonekyu Holdings, through its subsidiary Itoham Foods, has received ministerial consent under the Overseas Investment Act to increase its shareholding in ANZCO Foods Ltd from 65% to 100%.

ANZCO is New Zealand’s fifth-largest exporter and second-largest meat industry-related business, with an annual turnover of $1.45 billion. The company has 3000 employees, mainly in regional NZ and a network of eight offshore offices.

Itoham Foods’ association with ANZCO Foods dates back to 1989 when the two companies formed a 50/50 partnership, setting up Five Star Beef Ltd and NZ's only large scale beef cattle feedlot in mid-Canterbury.

Itoham Foods joined a management-led buyout of the then NZ Meat Producers’ Board shareholding in ANZCO Foods in 1995 and held a minority 48% until 2015 when it increased its holding to 65%.

Harrison says Itoham Yonekyu’s move to buy all of ANZCO Foods is a strong vote of confidence in the NZ meat sector. He says ANZCO is an important part of the company’s strategy to grow its business internationally, particularly in Asian markets outside Japan.

Itoham Yonekyu has said it is not planning significant changes to the business operations of ANZCO Foods in the “foreseeable future".