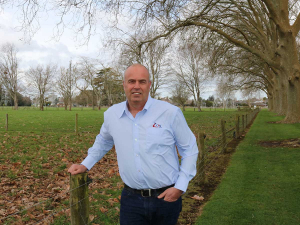 James Smallwood says that CRV has always remained connected with the needs of its kiwi farmers.

Herd improvement company, CRV Ambreed becomes CRV as the Dutch company brings together all its global business units under one brand name.

New Zealand has a close connection with CRV’s head office in The Netherlands. Angus Haslett was managing director of CRV Ambreed for 10 years, and is now chief executive of CRV based in the Netherlands.

He says having one name sets up the company for a new era of competitiveness in local markets.

“For over 50 years, New Zealand dairy farmers have worked with CRV Ambreed to continue to improve their herds. And that won’t change.

“Running a local breeding programme allows CRV to breed the type of animal that suits New Zealand’s unique grazing-based farming systems. In fact, the international demand for our grass-based breeding product is growing and CRV grazing genetics are exported to many countries. At the same time, NZ farmers benefit from CRV’s access to overseas genetic innovations as well.”

James Smallwood, CRV’s NZ-based managing director Oceania business unit, says that while CRV is a significant player on the global genetics stage, it has always remained connected to the needs of its Kiwi farmers.