Farmers left out of water talks 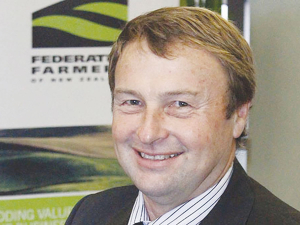 Federated Farmers says it didn’t have a say in a new plan on water quality, even though farmers are expected to bear the brunt of the proposal.

Feds environment spokesman Chris Allen says he has no hot line to the Environment Ministry but was keen to talk while there was “clean air” before any announcement was made.

But he says Environment Minister David Parker has said announcements on tighter regulations of the agricultural sector are imminent.

The new national water regulations were due to be announced on September 5 (after Rural News went to press) with Parker fronting.  There were no pre-announcements.

“Rather than just coming up with one water quality system for all the whole country... we should be looking catchment by catchment.  Problems we might have here in Canterbury could be very different from issues in Waikato or Otago,” Allen told Rural News.

He says many regions have strong regulations on water and most farmers are doing a lot of stock exclusion from waterways, riparian plantings and changes to effluent disposal.

“Farmers are doing the right thing, but they need to know.  They don’t want to have to do the same thing three times to meet regulations.”

“We can’t blame our grandfathers for everything.  But we are looking at the environment through a new lens -- things such as water quality and climate change.  We have to think about the impact of those on all our farming systems.”

But Allen says while most rivers are moving in the right direction and getting cleaner, it will take time to put solutions in place.

“We can generally say farmers are doing the best they can. But we can’t deny we will need rules for some.”

With information on water quality coming from Wellington, some will see it as draconian, he says.

“If it was an easy fix for waterways we could do it easily, but it is not. It is hard to make rivers clear and clean.  We need to encourage farmers to do the right thing rather than be punitive.”

Allen says in dairy districts, water quality is an issue that should be built on the Sustainable Dairying: Water Accord.

“Farmers have already invested huge amounts of time and effort resulting in stock being excluded from waterways on 97.5% of dairy farms and more than 99.7% of regular stock crossing points on dairy farms now having bridges or culverts.”

Allen says they are seeing improvements in water quality as a result.

He says any proposed changes should be underpinned by robust cost benefit analysis, rather than bald measurements of attributes such as nitrogen, turbidity, and phosphorous

“The catchment based improvements should be geared to the values of the local community: can you swim in it, can you fish and are macro invertebrates thriving in it,” Allen said.

“Farmers would also like to see consistency in approach across all sectors and appropriate recognition of where changes have been made -- whether by urban or rural sectors -- that are improving water quality.”