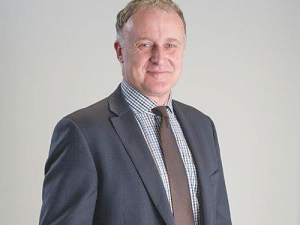 The MPI-organised meetings include public and closed-door, day-long sessions with affected farmers, described by one MPI staffer as “robust”.

Speaking to Rural News after the farmers’ session in Ashburton, MPI’s director of response Geoff Gwyn acknowledged some anger from the affected farmers but said it was a “mixed bag”.

“Some farmers are standing up and saying this has been the worst experience of their life and they have real examples of it not having worked well for them,” he conceded.

“Then there’ve been other farmers who say ‘actually this was difficult at the time, but it went quite smoothly for me’.”

Gwyn says one issue not previously considered in any detail was the tax implications for farmers getting compensation. He says MPI’s advice had always been to talk to Inland Revenue. “Farmers are more interested in some sort of formal position by Inland Revenue so I’ll be talking to my IRD colleagues about what we can do in that space.”

Gwyn says their aim in the meetings is to listen to farmers to understand how the experience is affecting them and make the process as easy as possible.

“We receive feedback from the farmers on how this process can be better and we make changes to reflect that. [It may be] how we better support them in welfare and recovery, or how we give them more certainty on testing timeframes, which is difficult,” he told Rural News.

Gwyn told the meeting that everyone involved in the decision to go for eradication knew it was “a bit of a punt”, but it was the only chance the country had.