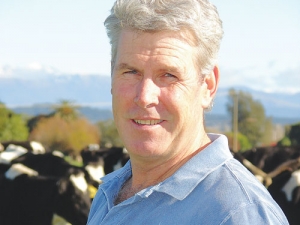 LIC had earlier signalled the New Zealand Stock Exchange about reduced earnings as a result of the lower forecast milk payout and reduced spending onfarm.

It is now expected that the year-end result will be closer to a breakeven position, chairman Murray King says.

"The season's lower forecast milk price has created challenging financial situations for many dairy farmers, and as a co-op we are closely linked to that.

"This result is a reflection of that, and as we continue our essential capital expenditure programme; it is very much in line with what we anticipated in October although we now expect the year-end result to be closer to a break-even position.

"We continue to actively manage and minimise costs, without impacting our service to farmers. It's times like this when service becomes even more important, so we are hugely focussed on that. We have made significant reductions in our operating costs over the last six months and these will be sustained through the rest of the year."

LIC has continued to invest in its information systems, to enable improved service delivery as well as faster development of new innovations, to help farmers make real-time decisions and to add value onfarm. This is reflected in the lower NPAT, from increased depreciation costs.

King says the artificial breeding (AB) season remained relatively strong, with the co-op supplying genetics to breed at least 75% of the national herd.

"As expected we have seen farmers revise their budgets, but most were still willing to invest in solutions that will deliver a return for their businesses, and the herd improvement services we offer are a key to that.

LIC's business, particularly AB, is highly seasonal. Half year results incorporate most of the AB revenues but not a similar proportion of total costs, and so are not indicative of the second half nor the full-year result. No dividend is declared at half year.

LIC continues to operate a strong balance sheet with total assets including cash, software, land and buildings and bull teams of $371 million.

Cashflows from operations were a negative $17 million reflecting extended terms given to farmers to assist their cashflows.

This contrasts with cashflows from operations of $6.6 million in the first half of last year.