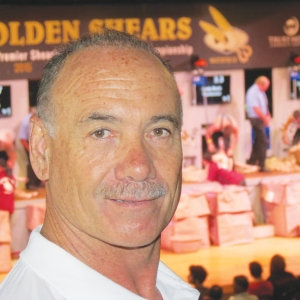 A feature of shearing in New Zealand is the number of Maori employed in the industry.

Koro Mullins once made the final at Golden Shears, but is now equally famous for the shearing gangs he and his wife Mavis run.  These days he also runs a dairy farm.

He says about 90% of the wool handlers and up to 70% of the shearers are Maori. Mullins is from a shearing family.

“I was born into the shearing industry; my mother was a cook and they called them fleecos in the 1950’s and 60’s. It was a term used for wool handlers,” he told Rural News. “I’ve virtually been brought up in shearing and wool handling. It’s been great and a big part of our lives.

Mullins says the reason so many Maori are in shearing is because it’s a ‘whanau’ type of work.

“In the old days they moved in groups and went and camped on the farm and stayed there in their tents by the river. They shore together and it’s just evolved from there.”

Mullins says while he’s never a won a Golden Shears open, the buzz of competing in the final was very special. Just reaching that level of excellence was quite an achievement.