Mental health to come under the microscope at conference 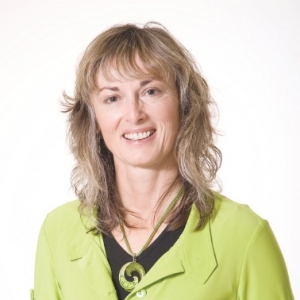 Initial findings from important research on rural mental health will be released at the first-ever National Rural Health Conference at Rotorua on March 13-14.

“We’re looking at the suicide rate of farmers and comparing it to what is actually happening with the external factors at the time – the weather, exchange rate, were we in drought, what was happening to the accident rate and fatalities on farms,” explains Rural Health Alliance Aotearoa New Zealand (RHAANZ) chief executive Michelle Thompson.

The research looks at any spikes in suicides and links these to any of the above factors or to shortages in the health workforce.

“We don’t think this work has been done before in New Zealand but until we can see the correlators we can’t consider the solutions.”

RHAANZ was set up in May 2012 and represents a united voice of rural organisations. Its aim is to offer solutions and influence policy.

Thompson told Rural News that RHAANZ was a decade in the making. “It is a group for rural health professionals, rural industry and rural community groups committed to the health and wellbeing of our rural community. So it’s doctors, nurses, pharmacists, farmers and contractors, shearers, truck drivers – everybody who makes up rural communities.”

Thompson has worked ten years in rural health management. She was a chief executive of the NZ Rural General Practice Network and the network is a founder member of the rural health alliance.

“There is a general feeling among all of us that rural has been left off the Government’s agenda for quite some time,” Thompson says.

“The catalyst for getting us all together was the increasing concern about mental health and wellbeing issues in rural regions, particularly among farming folk, and the lack of rural connectivity. The two are closely related.”

Rural broadband minimises the sense of isolation and opens doors like ‘tele-health’. Also prompting formation of RHAANZ was the rural GP crisis: the average retirement age of rural GPs in New Zealand is 57-58 and few are coming through. At any one time, a quarter of the rural practices are looking for a replacement. In rural communities it is often only the general practice that is the health provider.

“Those three things brought matters to a head and we realised we had a great will to join together to influence Government policy and direction.”

An important keynote speaker at the conference, Dr Ernesto Sirolli, an international advocate of sustainable economic development for rural communities, may have some answers.

His online ‘Ted’ talk on the Christchurch earthquakes has had two million views. He will speak and run a conference workshop.

His speech ‘Facilitated health services – responding to rural communities’, will explore ways communities benefit from a caring, listening, facilitative approach to the delivery of education, health and social programmes. Dr Sirolli will then run a workshop titled ‘Don’t let a single ounce of intelligence go to waste – best practices for growing local economies’.

Other addresses will include KPMG’s Ian Proudfoot on the ‘Global future of food and how best to equip our rural communities to deliver to the world’, Kaitaia rural GP and 2014 New Zealander of the Year Dr Lance O’Sullivan, Health Minister Dr Jonathan Coleman.

Isolation combined with the pressure of running a business from home means some farmers are putting their own wellbeing and mental health on the backburner.

Doug Avery, author of The Resilient Farmer, has launched a new workshop to help farmers improve their mental health and their businesses.

Coping better with ups and downs on farm

The importance of seeing regularly to your wellbeing will be the focus of Farmstrong’s site at Fieldays.