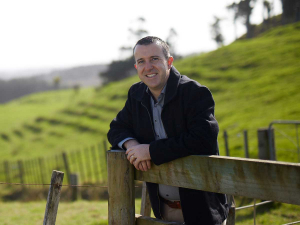 “Over the past week, rain has brought drought relief to some drought-hit regions. Notably, drought conditions have eased in the Waikato and Northland,” he says.

“The lower North Island and the Coromandel appear to have missed out, but further rain is forecast around much of the country over the next seven days.

“While the rain is welcome, in some locations, the timing of the rain has meant that it is contributing more to setting up for next season than “saving” this season.” February dairy production was down 1.8% on February 2019, while meat processing capacity remains stretched in many regions. Penny notes that outside of the drought-hit regions, some parts of the South Island have had strong growing seasons.

“Anecdotally, crop yields and dairy production have been strong in parts of Canterbury,” he says.

Meanwhile, a hot summer hasn’t hampered kiwifruit production. The industry expects a 5% lift in this season’s harvest compared to last season, although some of the lift will be due to new plantings.

Banks across New Zealand are offering financial support to customers hit by the severe weather in the South Island.