They're stealing our water! 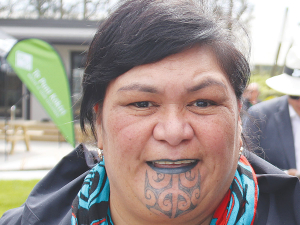 "They're stealing our water!"

That was the cry from the floor during a recent meeting held in Waimate, South Canterbury, on the proposed three water reform.

Many of the more than 350 people who turned out to the public forum on a cold Monday night, organised by the Waimate District Council to address the public's concerns around the reforms, voiced similar concerns. The majority expressed unease about the four new planned water entities and their governance as "undemocratic".

"The turnout shows the obvious public interest in this reform process and it was very clear from the meeting that Waimate ratepayers have great concerns around any loss of local control," Waimate district mayor Craig Rowley says.

The two major bones of contention at the Waimate meeting appear to be around the formation of the four new super water entities. All the current water assets owned by individual councils around the country will be taken over by of these four new entities, while the governance of these will have little or no real local input.

Under Mahuta's reforms, of the 23 councils water assets that will make up the new South Island water authority, there will only be six representatives from all of these councils on it - with the other six coming from iwi representatives.

Currently, every local council has 100 per cent control over its water, sewer and stormwater assets. This would no longer be the case under the proposed reforms.

"With more than $70 million of water infrastructure and assets on the line within the Waimate district, these reforms have a significant impact on us all," Rowley told the meeting.

Waimate is a predominantly rural district, with its drinking water supply split 86/14 between rural and urban users. The majority of this water (more than 70%) is consumed by livestock rather than humans - most other regional water supplies around NZ would be similar.

Federated Farmers says its worst fears about the definition of a water supplier have been realised after it was unchanged from the first reading of te Water Services Bill.

The farming lobby group estimates up to 75,000 drinking water suppliers could be affected, including most farms. Feds, and others, argued at the select committee hearings that tens of thousands of rural and farm supply arrangements should not fall within the scop of the new water regulator.

However, the Government has not backed down from requiring every water supplier to become registered and meet new requirements under its legislation.

"We asked for anyone supplying less than 50 people to be exempted, but in the end we were not heard," Fed president Andrew Hoggard says.

"If water suppliers were able to treat water at the end-point by attaching treatment units to homes, it would not be so daunting. But that will not be an acceptable solution under the legislation."

Rowley believes this will lead to a breakdown of good rural relationships that are time-honoured and intergenerational in many parts of the country.

He says his council's review of the proposed reforms has shown there are huge differences between rural and urban water and the Government's preferred model is "too coarse" to reflect rural water supplies.

"These water reforms are the largest issue facing local government in 30 years and, as such, it requires all consumers' collective voice and feedback," Rowley adds.

There is now less than six weeks left before councils around the country have to make a decision on whether they opt in or opt out of the proposed new model.

Under the Government's proposal, 67 councils nationwide would be amalgamated into four water entities - three in the North Island and one in the South Island.

On announcing the proposed reform, the Government offered $761 million to councils to help fix water issues. The money was only available if councils opted into counsultation on the Three Waters' proposal to hand over control of their water assets. All councils signed up to entering into consultation and received initial incentive payments for doing so, but this did not commit them to any changes.

Councils have until the end of September 2021 to advise whether they are in or out of Three Waters. The Government aims to have its Three Waters programme operating by July 1, 2024.

OPINION: The instinct of the current Government to centralise control of everything is going to come to a guster when it comes to water reform.