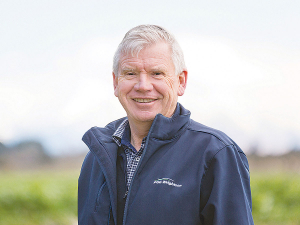 A wet spring across the country and a delayed recovery were largely the reason for a softer half-year result for PGG Wrightson (PGW).

Chief executive Ian Glasson, last week, announced earnings of $17.8 million to December 31, 2018 versus the record $23.4m for the same period the previous year.

“The factors impacting performance have been felt across the rural sector and we have confidence that we have held, and in some cases grown, our market share,” Glasson says.

As the seed and grain business is in the process of being sold to DLF Seeds A/S it was no longer included in the results. The sale is now only conditional on Overseas Investment Office approval.

Glasson says late last year they signalled that the rural services business had been trading solidly but the half year result would be behind last year’s.

“That prediction has proven accurate. In December 2018 the National Institute of Water and Atmospheric Research (NIWA) reported that many eastern and inland parts of the South Island recorded double their normal rainfall for that time of the year.

“Wet spring conditions throughout the country have favoured milk and beef production, with an increase in production by 6% in both sectors due largely to strong pasture growth.

“In contrast, wet growing conditions in most regions have delayed pasture renovation and the establishment of arable and winter feed crops. These wet conditions were felt across most of our Rural Services businesses, impacting the sales mix and some delayed spending.”

The Rural Supplies, Fruitfed Supplies and Agritade businesses – which come within Rural Services -- showed growth and they were confident they would revert to growth this year.

“In September 2018, a settlement was reached with a supplier and a number of growers in relation to a defective spray supplied to PGW and resold to fruit growers.”

While customers were fully compensated, PGW was only partially, with a shortfall of $1.8m.

“Our livestock business benefited from the favourable conditions for farmers due to good feed supply across most of the country which was buoyed by sustained high sheep and beef commodity pricing (with tallies for all stock and all sales channels similar to the previous year).

“However, this was offset by continued caution in the dairy sector due to the ongoing effect of Mycoplasma bovis and the lack of supply of good quality dairy livestock.”

While livestock was down on earnings at the half year mark, it rebounded in January 2019 and is on track to match the 2018 full year result.

“Despite holding its market share, our wool business was materially impacted (circa $2m) by several factors during the first six months of financial year 2019: mainly the reduction in the number of bales sold compared with the same period last year (a significant number of bales that had been stockpiled by growers were sold), wet conditions delaying shearing and the export business was adversely affected by weaker global demand which flowed through to soft international pricing for crossbred wools.”

The real estate business had a slow start to spring and summer except for horticulture and viticulture.