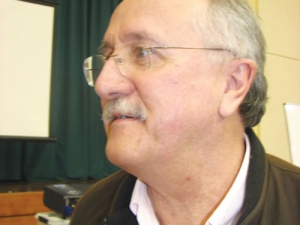 Ian Blackman told a recent Beef + Lamb NZ seminar on farm succession, in Gore, there is growing interest in the topic with the marked recent change in rural society. The seminar attracted 150 rural people from Southland and Otago.

Blackman says a company structure is the best way to ensure a good succession plan. This provides flexibility not possible in family trusts.

Trusts have been popular as a vehicle for succession but Blackman warned of pitfalls.

“Farms are often transferred to a trust for tax reasons, but succession is not about money only. Any small saving in taxation cannot compare with the emotional wellbeing from knowing you have a succession plan in place. It’s not about money.”

Failing to implement a plan is the biggest mistake farming families can make, he added.

For succession planning purposes this created the opportunity over time to sell to the successor’s trust and shares in the farm company.

A farm owner’s preparation for a succession plan, based on a company model, need not start with a lawyer, but may be done at home “with a sheet of paper, a pencil and an eraser”.

“You set out the things you want, in your own words. The eraser is needed because the farmer would not get the plan right the first time.”

Blackman says the plan should be reviewed annually to keep up with changing circumstances.  The company model is working all over New Zealand.

“Production goes up and profitability goes up because every time 10% of the shares are sold to the son or daughter, the parents get 10% of the net equity of the farm.”

Such a system benefits everyone, particularly the farming parents. “They want the joy of going into retirement, gradually selling the farm to the son and getting the capital off that to lend it to the other children. It’s meeting the needs of everyone.”