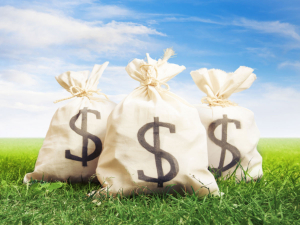 And the bank is not in it primarily for their fun or your enjoyment, despite what its advertising schmooze says.

The shareholders in the big-four Australian banks, ie the parents of their NZ subsidiaries, get a dividend yield averaging 6.10% (source Morningstar). And those parent banks make a return on equity (RoE) averaging 12.84%.

But wait! The Australians’ subsidiary banks in NZ -- ASB, Westpac, ANZ and BNZ -- are reckoned to average 14-15% RoE.

The Australian Royal Commission looked at banking scandals there and told the banks, ‘Clean up your act!’ So they’ll be wanting their NZ subsidiaries to continue strip-mining every available cent out of their Kiwi customers -- while they close the high street branches.

If the bank is ANZ it’ll be needing extra cash to cover its embarassing real estate dealing in Auckland, and to tidy up after the Ross Asset Management Ltd ponzi scheme, over which it now faces a class action lawsuit by Ross’s victims.

Do such banks have an enshrined right to 14-15% returns on equity -- out of New Zealand? Ponder the question at 4am in the dairy shed or the lambing paddock, or on hearing the bank has devalued your farm by 25%, or that your loan is called in and it’s all over.

The obvious answer to Orr’s question is that, in a world of growing opportunism by the increasingly powerful, the banks behave this way simply because they may.

Governor Orr made this key point (the quotes are his):

NZ farms, “for 10 years the banks have been over-lending... and now they’re somehow wanting to withdraw,” Orr said. “But they need to be there in good times and bad... so they’re [now] learning how to be good citizens of New Zealand.”

Kiwis still believe a fair go is still a fair go, regardless of how that works in the Western Isles.

One of New Zealand dairy awards' key national sponsors, Westpac is pulling out this month.