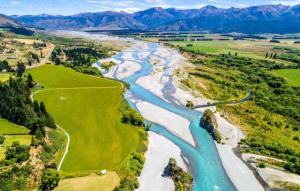 Late on Friday, Environment Minister David Parker issued a statement saying submissions will be accepted up to two weeks after the official October 17 deadline.

The six week consultation period that was set is the routine timeframe used for submissions to select committees.

“In response to requests, I confirm that the Government will accept submissions up to 5pm on October 31.”

“A two-week extension is a step in the right direction, but our concerns remain the same. Farmers still need more time to consider the Government’s proposal and to carefully weigh up the impact it may have on their farms, families, and communities,” Mackle said.

“It’s great that the Minister has listened to farming representatives like DairyNZ and Federated Farmers, but we are calling on the Government to go further and extend consultation out to 12 weeks.

“That would allow farmers, and the rest of New Zealand, enough time to properly engage in the process. It might not be good politics, but it might just lead to good policy” Mackle concluded.

Future is zooming away

The COVID-19 pandemic may change the way farmers attend discussions long term, according to DairyNZ.

Levy an investment in dairy’s future

How to body condition score