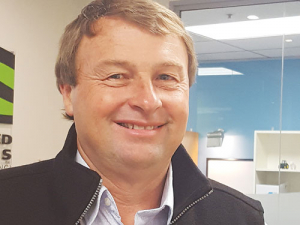 Allen was responding to F&G chief executive Martin Taylor, who accused him of “conveniently” overlooking key facts in saying that stock was being excluded from 97.5% of waterways.

That only applies to larger waterways, said Taylor.

“A 2017 study by Lincoln University shows that 77% of contaminants come from small streams which are often exempt from fencing requirements.”

The study made it clear that other actions were needed than just fencing and planting trees, said Taylor.

“Anyone who understands the logic that water flows from smaller streams to more significant streams can understand why pollution from intensive dairying is destroying our waterways.”

However, Allen said the reference to 97.5% of dairy farm waterways being fenced is a “progress report”.

“It’s to show that farmers are taking their voluntary commitments seriously. It’s never been put out there as an indication of ‘job done’ and it’s disappointing to see Fish & Game yet again trying to show a positive initiative in a negative light.”
The Feds have never claimed that excluding stock from waterways is the sole answer, said Allen.

“In our view, it’s been a good start [in seeing] some positive water quality improvement from the work farmers have been doing over the last few years.

“More importantly, it’s got rural community ‘buy in’. It has shown that making changes to the way we do things can make a real difference.

“It’s unfortunate that organisations like Fish & Game don’t see that recognising the good things happening is a better way of encouraging future change, rather than constant criticism.”
Allen said that if it were easy to improve water quality, urban New Zealand would also have jumped in, and the same goes for other big issues like climate change and carbon neutrality.

“These issues take time, commitment and money to fix. Federated Farmers accepts that changes required cannot only be voluntary. However, any rules and regulations need to be fit for purpose, focused on actual issues and work on the ground.

“We agree more needs to be done to reduce the adverse effects of land use on water quality. But effort is not just required of farmers and it is not just a rural problem.

“Farmers have and will continue to invest in technologies and practices that reduce losses from their farms, including the use of standoff pads and temporary housing, and precision application of water and fertiliser.

“We are as frustrated as anyone that people out there are letting the side down, but that is the same for all occupations, communities and industries.”

Allen said the national leadership of Fish & Game needs to stop their constant farmer bashing and talk to their regional reps working with farming communities and achieving environmental improvements.
“Federated Farmers and Fish & Game both support the Landcare Trust. All those trustees, of which Mr Taylor is one, get to see farmer and catchment groups and rural communities pulling together to tackle complex problems.

“It would be great if Mr Taylor could start sharing some of his positive learnings from those visits, where he’s seen farmers and communities working together supporting and innovating to make positive change.
“In most cases bouquets work more effectively than brickbats.”

Taylor said it is clear that the riparian planting has not stopped the decline of water quality.

“It’s now time to reduce the pollutants as opposed to planting a barrier to hold them back.”

Taylor said Federated Farmers refuses to accept that land use needs to change.

“For a generation, Federated Farmers has told Kiwis that voluntary approaches will fix water quality despite the reality that water quality has continued to decline.

“We now have significant pollution, which is not just making our rivers unsafe for swimming but is affecting drinking water for urban and rural populations.

“The Government’s plan to halt the decline in water quality and improve rivers, lakes and streams is expected to be announced shortly when a new freshwater National Policy Statement and a new National Environmental Standard will be released for consultation.

“Kiwis expect to be able to swim, fish and gather food from their rivers, lakes and streams. Federated Farmers needs to stop defending marginal cost increases for poor performers and instead look at the cost of poor water quality for the community as a whole.”