Milk alternatives no better or cleaner 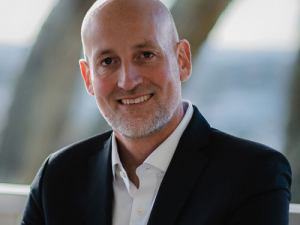 Alternatives to milk are not necessarily better or cleaner than dairy, says Leon Clement, the new chief executive of Synlait Milk.

“Some [are positioned] as having the same nutritional vector as milk and being able to deliver it more cleanly. But certainly there are examples where the nutritional profile is nowhere near that of dairy and the environmental footprint is much poorer,” he says.

Much is said on synthetic milks and milk alternatives, but Synlait’s position is to base its decisions on facts and science, Clement said.

“When anything comes along that matches the nutritional vector of milk in an environmentally and economically sustainable way, we want to be looking at it carefully and potentially jumping into it, because that’s where our industry has a real [prospect] of being disruptive.”

Clearly passionate about the dairy sector, Clement calls milk an amazingly powerful nutritional vector. “Milk’s a great way to get protein and micronutrients and fat and hydration.”

Clement has been in the job four months, since Synlait founder John Penno stood aside for a position on the board. He recently took part in his first company annual meeting, where the company confirmed an excellent financial result and unveiled new pink-themed branding and a new purpose statement: “Doing milk differently for a healthier world”.

“Doing milk differently is in our DNA,” Clement told the meeting. “We have always brought an innovative and disruptive attitude to our industry and we’ll continue that. ‘For a healthier world’ is about looking after the planet, looking after our people and our communities and continuing to serve life-enhancing milk nutrition.”

Clement said pink is the colour of disruption and difference.

“Our new wordmark is friendly and more appropriate for a company working with flowing milk. We think together they work well to tell the world who we are.”

Clement has joined Synlait from Fonterra, where he was managing director of Fonterra Brands New Zealand.

Born in Lower Hutt and raised in Auckland, Clement describes himself as “very much a Kiwi” although he has spent a lot of time offshore – about eight years of his 16-17 year career with Fonterra.

He says he enjoyed consulting but didn’t see the value in it from a career perspective; but he could see it in the NZ food industry. He joined Tip Top Ice Cream, not yet fully owned by Fonterra but soon to become so.

His time with Fonterra gave him good exposure to South East Asian culture.

“Vietnam was a strong emerging market and it had a strong growth trajectory and we grew the business quickly there.” Fonterra’s Anlene brand became Vietnam’s number-one adult milk brand.

Sri Lanka was a different market and a different culture, and the challenge of the 2013 DCD (dicyandiamide) crisis -- when traces of the pasture nitrification inhibitor were found in some products – caused plunging demand and ripples in other markets including China.

“We managed to go through that crisis, recover the organisation and turn it around. I would say that was a challenging part of my career but perhaps one of the highlights,” says Clement.

He says he now maintains an excellent relationship with his former colleagues.

“I had a great career with Fonterra. NZ needs Fonterra to be successful and so does Synlait. I don’t necessarily see it as jumping ship to a direct competitor.