‘Precision rainfall’ a benefit of irrigation 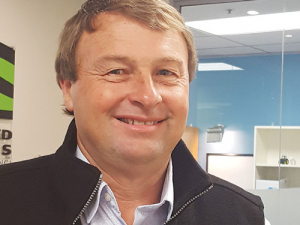 Rather than starting to water in September and leaving it on till May, modern irrigation waters the ground when it’s actually needed, which means fewer nutrients go into groundwater.

“That is completely different from saying ‘irrigation equals dairy equals we’ve now got a water quality problem’. Irrigation is not necessarily bad for the environment; it is more likely to have a positive environmental [effect] if everything is done appropriately,” said Allen.

He was responding to a Fish & Game statement that he was being disingenuous and selective in blaming irrigation for the Selwyn DIstrict’s water quality issues.

“That’s where Fish & Game is being selective with their media releases and I’ve got to be really critical about that,” said Allen.

“The community in [Selwyn] has been going through a whole collaborative process over the last seven years... what is the problem? where are [we]trying to get to? and what are all the different mechanisms [we’ve] got?”

“The more farmers switch from taking groundwater to taking alpine river-run water [the less they will take of the groundwater] -- a big saving of the environment,” Allen said.

The groundwater consents may not have been released yet but nor are they being used, and farmers are now removing unused pumps.

“Over time, the nitrate level will come down because of onfarm practices; and they are [switching] to more precise uses of irrigation.”

Allen said all farmers are tied up in the same set of rules.

“The community’s been going through the process; it’s disingenuous to say nothing’s happened.”

The power of a soil probe

Do you know what’s happening in your soil? Water usage and productivity company Watermetrics believes it’s essential for farmers to know this.