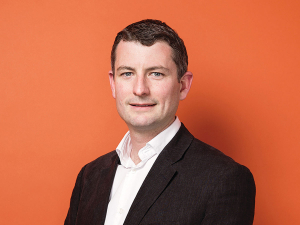 Until the end of December it was about 6% ahead of the previous 2017-18 season, like for like, excluding one additional farm, he told Dairy News.

“Climatic conditions have been favourable in most regions with Central Plateau having great conditions to mid-year. However Northland started with a wet, cold spring then flooding before Christmas.”

Chief executive Steven Carden says the $5m increase was mainly due to a $4m increase in milk revenue and small increases in livestock and forestry.

Julian says in the dairy division about 50,000 cows were milked and produced 10M kgMS to the end of December. They are targeting 17.5M kgMS for the season.

Julian says Pāmu seeks ways to increase revenue from its farms, “including options for creating quality dairy beef calves for the Pāmu livestock business; we are succeeding in this using Focus Genetics Stabiliser sire.”

The company sells its Pāmu brand organic milk powder in New Zealand and China and is looking to sell a milk powder branded ‘One Farm’, made from its exclusively grass-fed farm Achilles near Taupo.

“We will also expand our organics, winter milk and A2 farm footprint in the coming season,” he sais. “And this season over 30% of our farm systems [have quit] conventional spring calving.

Pāmu sees its Spring Sheep business meeting its targets and the company is creating substantial demand in international markets for this alternative dairy product, Julian says.

Pāmu said in 2015 that it would proceed with only 19 dairy conversions and one sheep milk farm on the Central Plateau instead of the 40 farms it had first envisaged.

Pāmu and the Hauraki Collective will at the end of this season reach the end of their agreement covering the milking of 4500 cows near Ngatea, Hauraki Plains; the iwi will then buy the Pāmu assets and take over managing the farms.