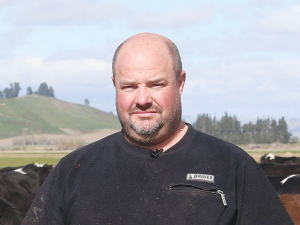 "The longer you and your follow ministers sit on your hands and expect this situation rectify itself, the more dire this situation is going to become," he told O'Connor.

"You all had the opportunity to stem the flow of staff leaving our industry, and stop other countries coming in here and offering them what you continuously refuse to.

"I mean seriously, using the excuse that it's keeping New Zealanders safe on one hand, and then allowing entertainers, sports personalities, and movie producers, cast and crew into the country through our MIQ facilities, and safely do so, then why can't this be replicated for our split migrant families and essential workers?"

Herrick forwarded Dairy News a reply he received from O'Connor's personal assistant who thanked him for gettin in touch with the office.

"As the matters you have raised relate to the family members of essential migrant workers, we have transferred your correspondence to the office of Kris Faafoi. As Minister of Immigration, Minister Faafoi is best suited to consider your correspondence.

"We appreciate you flagging these issues around staff shortages with our office and we have also passed your letter on to officials at MPI. The Minister is aware of the challenges posed by the staffing shortages and continues to meet with officials and with industry bodies to discuss the situation."

Herrick says Faafoi has been "missing in action" and he wasn't holding hope for any response soon.

Questions emailed to Faafoi's press secretary by Dairy News weren't answered as we went to print. Herrick told Dairy News that he was close to losing two migrant workers from his farm - one is heading to Australia and the other back to his family in Philippines in October.

Australia and Canada are making it easier for dairy workers to obtain visas and enter those countries with their families, something New Zealand isn't doing.

Herrick says some migrant workers have been waiting for months for their residency visas and to reunite with families.

"They are simply getting fed up of waiting and are heading either back home or applying to work in Australia and Canada.

"If our Government doesn't wake up to this, our worker shortage situation will become a major crisis next season."

Many farmers struggled without migrant workers during calving season, which has mostly ended in North Island and two-thirds through in the South Island.

Herrick says the lockdown was a saviour because many students returned home and helped their parents calve cows.

"I've also heard of retired farmers, some aged over 70, coming back to help with calving."

Herrick says the problem is nationwide and not only Southland.

"I'm speaking for every farmer who relies on migrant workers."