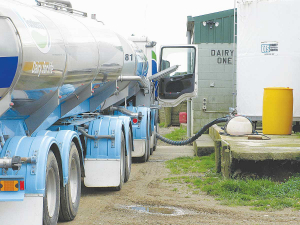 The last time the milk price was this high, many farmers fed cows more feed, produced more milk but made no more money.

This makes the prospect of producing a lot of milk very tempting. In many cases, taking advantage of one of the few times when milk price reaches this kind of height simply makes sense.

Those of us who have been around for a while can remember the last time that the milk price went high. While some farmers were able to capitialise on the high milk price by producing more milk economically, many farmers fed more feed, produced more milk, but made no extra money. What was the difference between those who made money and those who didn’t? There were three main things that the more profitable farmers did that the others failed to do. They:

There is a huge temptation to spend more money when you have more money. We tend to think that more is best. The farmers who made a lot of money during the last high payout were the ones who didn’t give into temptation of feeding a lot of high-cost feed (e.g. expensive meals or high cost protein feeds). They stuck to feeding low priced energy feeds like maize silage and PKE (which was a lot cheaper at the time than it is now). Cows can produce their body weight in milk solids in systems that feed pasture, maize silage and PKE, and farmers can keep their feed costs under control.

Many farmers grew more maize silage on farm or a run-off. Farmers buying in feed kept costs under control by planning and contracting feed requirements early. They made sure they were not exposed to high spot prices that inevitably come when milk price rises. Farmers buying in maize silage placed early contracts with contract growers to ensure they had the feed they needed at a price which was agreeable to both parties.

Didn’t give into temptation with other costs.

Farmers who made high profits during the high payout tended to keep other costs under control. Animal health costs often soar when the payout is high. This is because the people who sell these inputs can be even more aggressive during high payout years, promising that product X, Y or Z will give cows the lift they need to produce extra milk. While these products may work and production increases, they still may not be economic to feed. Likewise, more of a good thing doesn’t necessarily mean more profit. This is especially true for minerals. A recent AgFirst Waikato newsletter says, “We have seen many situations where the in-shed feeding mix is formulated to meet cow mineral requirements, but the farmer is adding additional minerals in some other form (e.g. through the feed-out wagon or pasture dusting). This adds cost and, in a few cases, can increase the risk of animal health issues.”

Maize silage is still one the best feeds to have on hand in high payout years simply because if you need it, it is there to be used. Likewise, if for whatever reason you don’t need it, it can stay in the stack for when you do need it.