The true cost of lameness 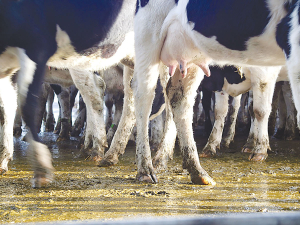 Lameness can cost farmers $500 - $1000 per case, yet farmers often underestimate its cost.

Lameness is classified as a ‘Production Limiting Disease’ (PLD) along with Mastitis, Metabolic disease and Dietary disease (Ruminal acidosis).

More often than not, farmers underestimate the true cost of these PLD’s and tend to focus on the expense of treating individual cases rather than the overall negative impact they have on the farm system. This is because initially there are no obvious financial warnings which ring alarm bells when PLD’s first appear. However, as cases build over time farmers may start to notice a decline in their farms efficiency resulting in diminishing productivity and profitability.

In the case of lame cows, it becomes obvious where the costs are incurred by looking at the impact of disease on the cow itself.

Once becoming lame, production drops immediately and for the remainder of the lactation after she becomes lame, she will conceive as much as 21 days later than her non-lame herd mates and she will be at greater risk of being culled due to reproductive failure, or the severity of lameness itself.

The cost of this amounts to $500 - $1000 per case! The difference in this figure is explained in the differences in payout, cow value, farm set up (average feed cost) and stage of lactation when the cow became lame.

Regardless of where your farm may sit within this range, the important point to note is this cost represents a 5 to 10 – fold increase over the typical expense treating a cow for lameness.

Unfortunately, lameness is not a disease where there is a simple solution or a ‘quick fix’ as there are multiple factors contributing to hoof disease in lactating cows.

Working out the causes can be a big challenge for even the most experienced investigators and requires a lot of patience and persistence. A very good starting point is for farmers to gain as much information about the hoof lesion itself as lesions can provide strong clues as to likely causes.

For example, White line disease in mature cows arises from different factors to those causing sole bruising in early lactation heifers. This is yet another very good reason why just treating lame cows with antibiotics without examining the hoof properly is poor practice.

Your veterinarian is a good sounding board if you are having issues. They can organise on-farm training for staff on the correct examination technique and advise appropriate treatment options.

They will also be able to assist in identifying all contributing factors leading to lameness and help you plan to reduce the problem.

Lameness is estimated to cost Australian farmers at least A$250 for each cow that develops the problem and can greatly reduce cow comfort and longevity.