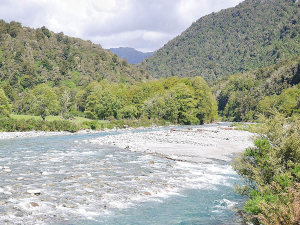 And more often than not they seek to blame others for the results of their actions.

This is the case for private persons, government and their departments, councils and social organisations in a large portion of reports. The majority seem to want someone else to take responsibility for their actions or lack of action.

This then breeds a system where the people become dependent on the government providing direction and assistance and losing the ability to make decisions and provide for themselves.

This interference in people’s lives by the government should stop. Allow the people –

businesses and society – to make their own way in this world.

There was a classic example of this ‘government knows best’ thinking shown with the Green Party’s announcement of its Farming for the Future Plan.

Co-leader of the Greens, James Shaw, said at the launch of their plan, “the reality is that the way we currently farm is accelerating climate change”. He also announced that the Greens would put in place a dedicated fund for farming that would move farmers to low emissions agriculture with things like a levy on artificial fertilisers, strengthened animal welfare rules and a ban on palm kernel feed.

In fact, when it comes to the environment the majority of farmers are already taking action to improve their impacts. New Zealand farmers produce some of the cheapest and best animal protein in the world with one of the lowest carbon footprints of any farmers in the world.

The Greens’ proposed fertiliser levy would be just another tax on farmers, another problem for them to solve, but also mean less money for the struggling rural communities that support farmers.

But the Greens say all the money is going back to farmers to support the transition and this plan combined with the current Government’s funding for the clean-up of rivers would equal a billion dollars of support for cleaner farming.

The majority of farmers have taken action and there are many examples of this action, with one of the most obvious being farmers, at their own expense and without any government compulsion, fencing approximately 98% of waterways to prevent stock entry.

There is more that can and should be done but it must be remembered that farmers and growers still have to be able to survive and make a profit if we are going to be able to produce enough food and fibre to both feed our population and to export for sale, to fund our extremely heavy borrowing as a result of the measures taken in response to Covid-19.

The idea that government can do a better job of controlling farming and managing spending through targeted taxes and support programmes is really something that is so far in left field that it should never have seen the light of day.

• Peter Buckley is a board member Primary Land Users Group.