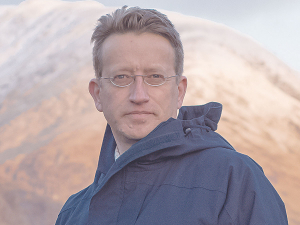 He would be keen for them to be involved as the international organisation sets its goals this year.

“That is one of the things about New Zealand farmers, they have always been open to innovation,” he says.

“When we first started the conversation about a roundtable here this was a country where people weren’t resistance to the idea at all.  In some other countries there is an innate resistance to change.

“In New Zealand farmers are really open to innovation and opportunity. Typically people talk about Kiwi ingenuity and especially the farmers’ ingenuity to adapt to changing circumstances and I think that is definitely true in the case of sustainability.”

A Scot, Petre was involved in the formation of the roundtable and has been executive director since 2012. He moved to New Zealand from the Netherlands in August last year.

He worked in New Zealand 30 years ago while studying agriculture. With a background in animal production and farm management, he has held has also held a number of ag management, financial and consulting roles in Ireland, Scotland, Australia, Afghanistan, South America and Botswana.

Petre believes the roundtable is becoming a significant player in the global beef industry in the sense that it is an overarching organisation with individual country roundtables.

“That is obviously where the real work on the ground takes place and at the moment we have 22 different countries involved.

“Some of those are individual roundtables like New Zealand then you have the Australian Beef Sustainability Framework which is a slightly different structure but not that different. You have US, Canada, Brazil, Paraguay and Argentina.”

Then there are two regional roundtables, Europe which has six countries, and southern Africa.

Petre says it was a good move for New Zealand to establish a roundtable.

“It has a good story to tell about sustainability certainly in the beef industry and it is important to make sure that is being heard,” he says.

He has had the chance to visit a few farms here and talk to companies and farmers involved in the roundtable.

With animal welfare New Zealand is quite far advanced compared to some other countries and that has certainly changed. “When I was young and studying agriculture I spent a year here in New Zealand. Definitely there’s been quite a dramatic shift in terms of animal welfare.

“New Zealand has a history of really good grassland management and I think you could get back to some of those best grazing practices.