Johne’s an ‘iceberg’ on our farms 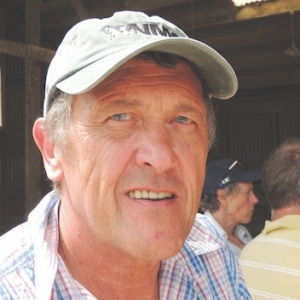 Has your herd got Johne’s? Whether you’re talking dairy or beef, chances are it has, and if you run sheep there’s a good chance some will be carrying the disease too, albeit probably a different strain.

The disease causes ill-thrift, diarrhoea, and, as there’s no cure, eventual death. However, it only shows itself in cattle and sheep in more mature animals so it’s likely many cases go undiagnosed.

“Most are infected as very young calves and most infection has happened by the time the animals are 12 months old,” Dr Eric Hillerton of the Johne’s Disease Research Consortium told a recent Lincoln University Dairy Farm (LUDF) focus day.

“But we don’t see the disease in young stock, only in older cattle. That’s why we call it an ‘iceberg’ disease. You don’t see the other 50-60% of your herd that are probably infected.”

A nationwide survey of 600 herds by Massey University produced 457 useable responses, of which 54% reported having clinical Johne’s. Incidence appears higher, or it could be that awareness of the disease is higher in the South Island, with 68% reporting cases.

“It’s not uncommon for herds in the South Island to see this disease,” noted Hillerton.

“You might not see a lot of cases, maybe only three to six cows a year, but for the last few years those cows will have been shedding the bacteria into your farm’s environment so over half your young stock are likely to be infected.

“Even the 30% who have not seen the disease, it might not be because you don’t have it: it might be because you’ve had your sunglasses on all the time [and not noticed it].”

“We typically see six or seven cases a year which are culled specifically for Johne’s so that’s six or seven we’re not able to cull for other reasons.”

Hillerton said a comprehensive guide to management of the disease on dairy farms was being released the day of the LUDF focus day, and that a similar guide for sheep and beef farms will be out soon. Both have been produced by the Johne’s Disease Research Consortium with the respective sector levy bodies.

The consortium is also running courses for vets to bring them up to speed on dealing with the complexities of the disease.

“We’ve had over a hundred vets on a Johne’s course now. They’re trained. They know about this. They can help. Like everything else in animal health, it’s a joint problem and a joint solution.”

The disease guide for dairy (see www.dairynz.co.nz/animal/health-conditions/johnes-disease) describes five strategies to reduce Johne’s risk with (see panel) farm practices under each ranked as “best practice”, “alternative options”, or “high risk activities so avoid”. The alternative options are a compromise if the best practice is too hard.”

Breeding is one way to reduce risk, incidence in Friesians being a third of what it is in Jerseys, with Kiwi-cross somewhere in between, said Hillerton.

With that in mind, the consortium contracted LIC to produce a Johne’s index for bulls which will feature in semen catalogues for the first time when they’re released in a few weeks.

“This was paid for with your levy money so it is not exclusive to LIC customers and will be available to everybody.”

Hillerton said the disease would never be eradicated as the causative bacteria, Mycobacterium avium paratuberculosis is always present in the environment but incidence on farms can be substantially reduced, he believes.

In turn that would reduce replacement rates and/or allow culling for more productive reasons than Johne’s, hence there’s likely to be a substantial financial benefit to the farm long-term, he acknowledged to Rural News.