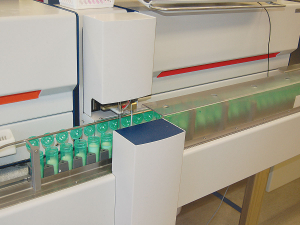 The new test will allow a more accurate and timely decision on culling and calving pattern prediction for next season.

Auckland-based biotechnology company Pictor Limited says it has been developing a multiplex bovine test, via a $404,040 grant from the Ministry for Primary Industries (MPI) Sustainable Food and Fibre Futures Fund.

The test, which is being created in collaboration with Massey University, will initially aim to detect Johne's Disease and pregnancy from a single milk sample.

"Dairy cows are at risk of a range of bovine diseases including Johne's disease, which costs the industry up to $90 million annually in lost milk production and poor calving rates," Pictor chief operating officer Howard Moore says. "Affordability is a key barrier to farmer testing uptake."

Moore says while there is a range of individual tests on the market, routine testing is not yet the norm.

Moore adds that the loss of productivity in cows suffering from Johne's Disease is not the only cost.

He says the new test will allow a more accurate and timely decision on culling and calving pattern prediction for next season.

"The more sensitive a test, the more reliable it is in picking up the disease," Moore explains.

This research project is led by Howard Moore, chief operating officer at Pictor, and Dr Rao Dukkipati, a senior lecturer at Massey University.

"MPI is supporting this project because of its potential to boost productivity and environmental outcomes alongside healthier animals."

Pictor says it has filed the provisional patent for the diagnostic test.