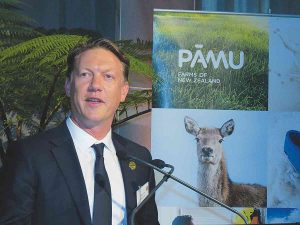 Earnings before tax were $34m versus $48m in the previous year.

The company has declared a special dividend of $5m, based on the one-off gain made on the sale of its shares in Westland Milk Cooperative.

“The write-downs were quite considerable,” Carden told Rural News.

“That has led to a $47m decrease in the overall value of our land portfolioacross the country. The land valuation is a bit inconsistent with what we have seen in the past. Obviously land values fluctuate, but they do tend in farming to continue to trend upward.

“We are seeing more of the pressure come on now with a lack of potential buyers in the market and some challenges in environmental  policies tightening up. They are starting to have a bit of an impact on land prices in some parts of the country.”

He claims the livestock write-down was not overly significant because it was to do with timing at the beginning of the year compared to the end of the year plus how many livestock are sold or retained.

Carden says about 45% of Pāmu milk comes out of the central North Island.

“We have that big development in the Wairakei area, near Lake Taupo, and they ended up having a really dry summer and early autumn.

“They had the lowest rainfall in more than 10 years and that had an impact on production in the dairy portfolio with the concentration in that area. We had to introduce more supplementary feed than we had hoped, to offset the lack of pasture growth, so that resulted in a milk slowdown.”

Pāmu is changing its systems across the board: looking at more organic milk, A2, increasing the forestry portfolio, more intensive high tech beef systems and some non animal uses of land such as avocados in Northland.

Carden admits some of the changes in systems and investments hit the bottom line this year.

It takes a while to make those changes and it costs a fair bit, he says.