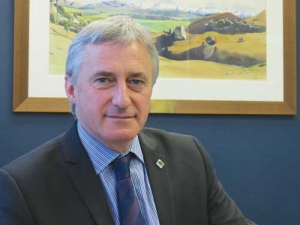 Despite much political bickering about the bill, Rolleston says Feds did not get sucked into political tit-for-tat.

“That is not what Federated Farmers wants to get out of our involvement in this legislation. [We want no] unnecessary bureaucracy and to have good outcomes for health and safety on farms,” he told Rural News.  “I don’t think getting sucked into the goings-on of the last few days is productive.”

Rolleston says it was pleasing to see the definition of a workplace in the legislation and the recognition that farms are workplaces and place of recreation. That distinction is much clearer in the amendments.  On the interaction and tactics of WorkSafe NZ with farmers, Rolleston says this depends on individual inspectors and individual farmers.

“We have to work on that relationship and if WorkSafe wants to engage farmers they have to do it in a way that doesn’t enrage them. WorkSafe is getting that message and we are seeing better interactions.”

Feds wants feedback from farmers – it has asked for it all year – about what they see as unreasonable demands by WorkSafe NZ.

“So we can feed that back to them. Conversely, I’d expect WorkSafe to feed back to us any issues they have with particular farmers who are behaving badly.”

Rolleston says the new legislation is for education and engagement, not just straight enforcement.