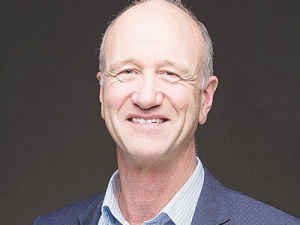 Chair Bruce Wills says the industry's recent three-day conference was a mixture of positive news and challenges. But it was honey exports that took centre stage.

In the year ended 2020, New Zealand earned $505 million from honey exports, but the outlook for this season is not good. In MPI's (Ministry for Primary Industries) latest report on the state of the primary sector, the bad news is spelt out with honey exports predicted to be down almost $1 million by 2025.

However, the problem is worse, with an estimated 20,000 tonnes of unsold honey being held in beekeepers' sheds around the country. This honey mountain is equivalent to about a year of production.

Will says this all goes back to the controversy over what is and isn't mānuka honey.

"The price of the honey that didn't meet the mānuka criteria crashed and a bunch of beekeepers have said they will keep this in their shed because they are not prepared to sell at the low price."

Wills says the mānuka boom also saw a dramatic rise in hive numbers and these now stand at about 900,000.

The value for pollination and other bee products is estimated at about $5 billion.