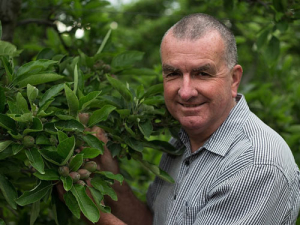 Pipfruit NZ is changing its name to New Zealand Apples and Pears Inc.

The name change will be launched at the Agricultural Fieldays in Mystery Creek later this month; Pipfruit NZ is exhibiting at the Fieldaysfor the first time.

Pipfruit NZ chief executive Alan Pollard says the old name was causing confusion outside the farming community; the organisation was being linked to oranges and plums because they have pips.

“Pipfruit NZ is only about apples and pears; it worked okay as we used to interface only with growers,” Pollard says.

Nowadays the industry deals with students, potential workers, the Government and international clients.

Pollard says New Zealand Apples and Pears has been chosen as the new name; the logo has also been modified.

He says the new name and logo will be made public at the Fieldays for the first time.

Pollard says the decision to exhibit at the Fieldays is three-fold; tell visitors that NZ is the number one apple industry is the world, reminding school students of careers in the industry and working with machinery importers and dealers on biosecurity issues.