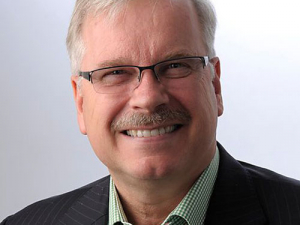 It is just one example of problems which may arise if the WTO does not have enough appellate body judges to hear appeals, says trade expert Stephen Jacobi.

Seven major NZ agricultural organisations put their concerns to the Government over threats to the WTO rules before the annual forum of global trade and business leaders in Davos Switzerland last month.

“They are absolutely right to draw attention to the state of the WTO because… there will be not enough appellate body judges to hear appeals under the dispute settlement process,” says Jacobi, a former diplomat who is executive director of the NZ International Business Forum.

“The US has been blocking the appointment of those judges. It has some technical and more philosophical problems with the way the dispute settlement system works,” he told Rural News.

“In some areas NZ also shares some of those views. But the fact that they are failing to agree to the appointment of new judges means the whole process might grind to a halt later this year.

“That is potentially problematic.  To give one example, we may be looking at a WTO dispute with the European Union and Britain over the division of our tariff rate quotas in the event that Britain leaves the EU. Our interests could be directly affected by a slowing down of this (WTO) system.

“It is another sign the architecture which has been build up over many years, and on which we have come to rely, has been weakened by these unilateral approaches United States has taken.

“Also this reflects the fact we haven’t updated these things because the Doha development agenda was never concluded because of the objections of the US and other major players.

“It is a bit late now to start trying to bring the whole system down. I am not sure what could or should replace it but it would be very serious if the dispute settlement system which is the jewel in the crown of the WTO failed to operate.”

The Prime Minister Jacinda Ardern did raise those issues in Davos.

“I think she took that on board, but Davos is not a decision making place. It’s a place where important ideas are discussed and these ideas about the need to continue to support the WTO were well registered there.

“We need to make as many noises as we can in as many forums as we can; that was the message of those agricultural groups,” Jacobi said.

“But the Government is participating in a number of initiatives. It is part of a smaller group of WTO members looking at ways of reforming the WTO to meet some of these concerns.

“It is vitally important that that work continues. There was a ministerial meeting in Ottawa last year that [Trade Minister] David Parker went to and there has been various follow-through from that. It is important that we come up with some ideas on how to move the system on.”

Jacobi says for that to work it will have to have the support at some stage of US and China to move forward.

“That work has to carry on. NZ is part of a number of other groups – the Cairns group, for example, will continue to make these points.

“We need to use every opportunity at our disposal to push this idea and we have to keep pushing on with FTAs which enable us to reform trade rules at a different level while being careful not to undermine the WTO.”

The seven agricultural companies said in their joint submission that if the current block in the appointment of appellate body judges is not resolved this year then the disputes settlement process will cease to function, rendering the rules we depend on unenforceable.

“This is a grim prospect for a small trading economy like NZ.  The loss of enforceable rules would mean the loss of predictable access to countries when we export our goods from NZ.”

Minister zooms in on trade

Damien O'Connor in his dual capacity of Agriculture and Trade Minister, officially launched a 250 page report on barriers to horticultural trade before a group of about 60 industry representatives in Wellington last week.