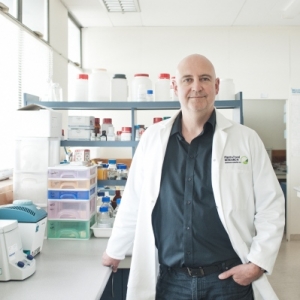 Dr Newcomb's appointment marks the end of a global search to find a successor to departing chief scientist Dr Ian Ferguson following his appointment as chief science advisor to the Ministry for Primary Industries (MPI).

"With his recognised achievements in research and his vision for science at Plant & Food Research, Richard is well qualified to take up the role established by Ian Ferguson.

"Applications were received from 11 countries around the world, so it's very pleasing to see an internal candidate succeed. It certainly demonstrates that the talent we have built up within Plant & Food Research is up there with some of the very best globally."

Dr Newcomb joined Plant & Food Research in 1999 and is currently principal scientist, Molecular Sensing in the Food Innovation Portfolio, as well as associate professor of Evolutionary Genetics in the School of Biological Sciences at the University of Auckland, a part-time position that will continue following the new appointment. He is also a principle investigator at the Allan Wilson Centre for Molecular Ecology and Evolution and an associate investigator at the Maurice Wilkins Centre for Molecular Biodiscovery.

The chief scientist is a key role at Plant & Food Research provides advice to the chief executive, board of directors and wider leadership team on the development and conduct of the organisation's science activities. Particular areas of focus include science strategy and investment, capability development, scientific linkages and collaborations, both nationally and internationally, scientific quality and integrity, the science review process and the relationship with the Institute's Science Advisory Panel.

Dr Newcomb will take up the role of chief scientist in mid-October. Dr Ferguson will remain as an honorary fellow with Plant & Food Research.

The key to using a catch crop to reduce onfarm nitrate leaching is to get it in the ground as soon as possible after winter feeding, says Plant and Food scientist Dr Brendon Malcolm.

Kiwis outstanding in their fields